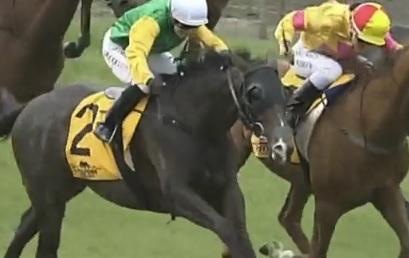 Posted by: Neil Davis in Results, Selections March 27, 2018 Comments Off on Wednesday preview below 655 Views

The rail is out 11 metres, 3m out from Saturday. The track has come up a Dead 5 ( Dead 6 yesterday) and with a fine day forecast, it may even get an upgrade. Winners came from all over the place on Saturday and the rail being out 3 more metres may help on pace runners but this track normally does anyway.

There is one Good Confidence bet today. Last week was a quiet week for the 50Unit Bank bets but we still eked out a 7 unit profit on a tough day.

Late quaddie suggested bet for $5 for 12%

5.Georgian Rose ran on fairly over 1600m in a much stronger field than this last start over 1600m in fast time and did it three wide with cover all the way.

9.Mamba  ran on well last start for third after a good fifth before that. Has had her chances though so $2.50 is a bit hort.

7.Eloquence  two solid seconds but a bit one paced, then had a vet problem

13.Tenacious  good third two starts back and drawn to be in it.

11.Miss Scandinavia ran on well with the pace suiting the winner fresh up.

5.Santa Catarina 2nd $1.50  looked good coming from off the pace to win both her trials. She is likely to be  few lengths off Byzantine and with him getting a soft lead, she will need the gaps at the right time to get over him, but she does look very good so can beat these. RP $2.20

1.Byzantine 1st $3.50  showed good early speed to lead from the outside barrier and fought hard for second although had enough over the 1000m near the line. Drawn the ace and likely to get a soft lead.

8.Bravissimo 2nd $2.20   looked to have a bit to offer here last start when blocked.

3.Birdie Blitz  was a distant 3rd fresh up. Drawn to get all favours again.

10.Lady Missy looked ready to on debut after leading and fighting well for second in her trial.

5.La Roccetta  battling thirds but fitter than most and has a good draw with 2kgs off.

8.The White Queen  looked good in her trial leading and wasn’t pushed to run 2nd- set to fire fresh and well bred.

4.Avant has had 15 goes and done well in some race. Nice trial win though but drawn wide so likely to make it 16 runs without a win.

2.Speechmaker won strongly second up over 1600m beating some two nice horses, Mongolian marshal and Gold Spice, 4th and 5th. Then he just went too hard early in the 2000m Waikato Guineas and had nothing to offer in the straight. Has had time to recover and drawn to get a good run. Dead to slow track ok with his action. RP $5

7.Our McKay  won strongly then had a vet problem last start. Nice horse.

3.Aniceta looked good running smart horse Hinerangi to a nose on debut. Then she was held up late in a strong field at Ellerslie. Then last start was caught 3w in the open when confidently expected to win by the trainer. She has been freshened up for this and drawn well. As long as it is now worse than a slow 7 she looks set to win. RP $2.80

6.Snitz Of Time  ran home stylishly for 4th on debut after an impressive 3rd and 2nd at the trials.

Confidence: 3/5 but depends on how the track is.

6.Hanger 1st $2.20  did well last start coming off a moderate tempo to get up for second. He will be fitter now and the side winkers go on. Drawn well with Leith Innes up and he goes well for him. Remember he ran a strong finishing 4th at Ruakaka from well back to run 4th behind Embellish and Ever Loyal, running the same last 600m as Embellish. That was after running the fastest last 600m behind Summer Passage and Summer Monsoon here on a Good 3 track on debut here in a Listed race. So he has the ability to win at least a maiden and this is not a strong one. RP $2.00, $3.00 FF

13.Cameo was beaten by the tempo last start. Looked very well then and was unlucky two starts back. Likely to be behind Hanger and it will take a good effort to beat him.

7.The Concord  good run two back and drawn well.