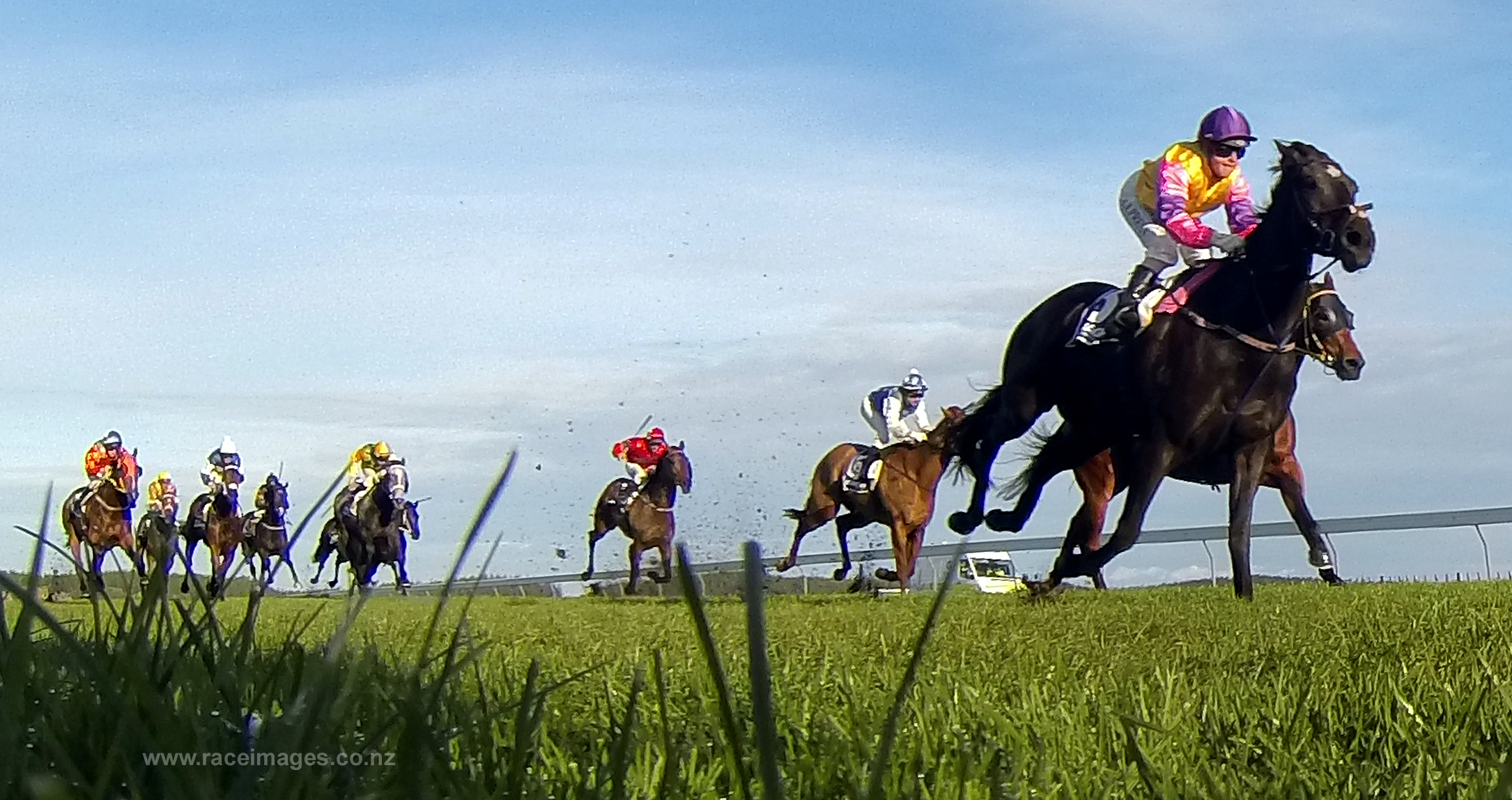 Apologies for the delay. It does take quite a while to do the form properly on wet tracks.

We have a heavy 10 track with showers about so no improvement expected. I’ve been through all fields thoroughly looking for horses that should handle it the best based on form, breeding, sectionals, galloping action and anything else that would indicate it can or can’t handle the ground.

No Good confidence bets at Matamata.

Confidence: 2/5 An interesting maiden to start the day with. Inigo Montoya  gets it by default and 5 and 7 could upset at nice ew odds.

1.Inigo Montoya  gets this by default over the other two favourites as he has the best credentials for a heavy track. He is a strong 3yo and ran on well here on a Slow 7 track. Plus his action says he should handle a heavy 10 better than the two below. He did very well here last start after being slow away and powering home for second on a Dead 6 to Slow 7 track. He’ll be last away but the heavy 10 track will slow them down up front more. RP $2.50, $2.80 FF

2.Obsessive 1st $1.70 travelled well last start with the blinkers going on and closed off hard for second. Ready to win but his action says he needs a better surface to back with confidence. $2 is too short.

7.Pukerua is out of a Johar mare who won 8 races, one on a heavy track. He should handle it better than most and has the blinkers going on.

5.Hatrick Boys last campaign ran a nice trial on a heavy track without being touched and looked to have a bit to offer. Dam had form on wet tracks and being by makfi will help as well.

6.Santa Catarina 1st $2.30  closed off hard late here for second after they buttoned off midrace here last start. She has a good action to handle a heavy track and drawn the inside should be ok being the second race. RP $2.60, $2.40 Ff is a bit short with some smart trial runners in here.

2.Mr Universe looked good winning his trial leading all the way. His action says he will handle a heavy track.

9.Ava Bella led nearly all of the way in her trial and wasn’t pushed to get beaten. Heavy track ok.

7.Peacefull won his trial and could handle it ok.

9.Simply Impeccable  1st $4.30  has placed on heavy tracks which is a plus. Last start here looked to be travelling well in the 1×1 but had nowhere to go and was never really asked to go and was allowed to drift out to near last. Back to 1200m with those two runs under his belt. RP $4.50, $7 FF

1.Show ‘N’ Go led last start and was run down late. Rider said he needed a wet track after that.  Not sure about a heavy track though and $2FF is too short to find out.

12.Fistral Beach won his trial well and held on strongly on a Good track. Undecided on a heavy track.

8.Mr Scallywag  battled on well with a nice wet track action for third in his trial.

7.Liquid Inspiration won well here on debut 3w in the open on a heavy track. Then she won second up. She has the best FRs on a heavy track as well and has 3kgs off. RP $4.50, $4 Ff

8.Inca Warrior has good form on heavy tracks and ran home nicely for a close fourth in a recent trial.

3.Direct Capital  won on debut here on a slow 8 track 3 wide in the open.

7.Paisley Park 1st $4.70 Tri $41  is nicely bred and looked good winning his trial dropping back early, coming wide on the turn and galloped strongly to win going away late and his action and breeding says the heavy track will suit. Samantha Collett has ridden him in his last two trials and from the Richardson stable will be ready to fire. RP $3.50, $3.80 Ff

8.Resurgence 3rd $1.80 is out of top mare Popsy and looked good in her recent trial when relaxing well and led in the straight and fought back well when headed for a close second. He has an ideal action for a wet track.

9.Pokuru Wild  2nd $1.30 wanted to lay in last start and had to be ridden with the left hand whip and ran third. Second was Sligo who is just battling his way round for placings.

5.Sarabande is a good mare and if fit enough, could do it with the 2kgs off.

12.Good Vibes has the best FR on a heavy track in the last 12 months and trialled nicely for 2nd in a recent trial. Gets 4kgs off and can upset fresh.

7.Cherry Lane  took a while to load on debut and was slow away and settled last. But she made up a heap of ground running the second fastest last 600m all day ( 35.13) . She jumps to 1600m which will suit ideally and looks nicely placed here.

6.Stella Daze fought well for third last start and her action looks ideal for a heavy track. Drawn to get all favours but may find Cherry lane to strong late.

8.Soda  ran home strongly here on a Slow track. Was a bit weak then so should be stronger now.

4.Karaka Red will relish a heavy track more than most and has had a run and a trial under his belt.

8.Suliman has won on a heavy track and goes ok fresh. He’s a promising horse.