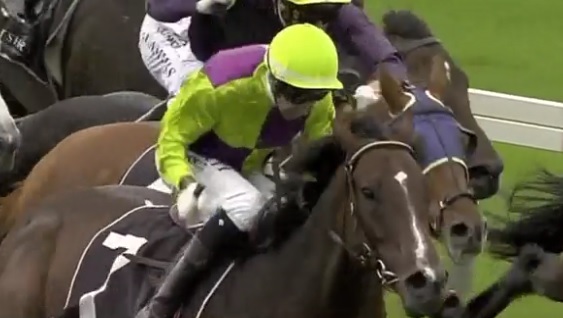 Posted by: Neil Davis in Results, Selections May 2, 2018 Comments Off on Thursday preview below 567 Views

No bets for the quaddie syndicate as they are unlikely to pay over $4k.

Head to head Multi at Waipukurau

1.Little Bit Funny is the type of dog that when she gets a good sight of the lure, she just chases harder. She maps to lead easily here from box 1 and get that crucial full view of the lure. She has the best time over this distance here in the last 90 days so looks good value to lead all the way out of trouble. Her two main dangers have drawn to get back and have to do extra work. RP $2.20, $3.40 Ff

The full preview is below and there are some even fields. I’ll post an update by 2 p.m. with any other bets. There may be a Quaddie syndicate bet here or in Australia this afternoon. Check back by 2.15 pm for those or any other bets.

6.Nadiatsar has struck slow tracks at her last start and it is no coincidence that she struck form at the same time. She has won here and maps to get a winning run.

2.Wotamission ran 2nd to Nadiastar last start and meets her 2.5kgs better off.

1.Darci Palmer worked for the lead and was outfinished late in the fastest of the three 1200m races. Nice looking galloper and will be improved by that. Drawn well. RP $2.60, $2.70 FF

9.Lincoln Honey  is ready to fire on debut after tidy second to Rock Island Line in her trial.

8.Thelma drawn well and will get every chance.

Confidence: 1/5 in a small but even first leg of the quaddie

6.Orphelia Lee  has won two races and boith second up – one of them here last September over 1600m in an R75 race. Looks like an even speed here which will set up nicely for her.

7.Rosetta  gets in on a winning weight and has won two races here.

5.Desano  won well last start and gets 3kgs off.

1.Dez  looked very good last campaign. Ran last in his trial but looked to be full of running. May want it wetter though.

2.Altius  drops in class after leading and battling well. Best form on Good track though.

8.Pincanto best form over shorter and on better tracks.

1.Dublin Day freshened up and is a chance from the Fraser Auret stable with Chris Johnson ( Got off Bella Nero )  up. RP $5 $7.50 Ff and probably the best EW bet here with Johnson choosing him over Bella Nero

8.Bella Nero  was forced into the slower inner ground last start and but still drove home for second. Should be fitter.

10.Diamond Dancer  should be ready to peak now third up after two improver’s runs.

3.Mediterranean Star 2nd after Shaun McKay went fat too fast early and wondered why he tired 150m out on the leader!  can beat the favourite here. He battled well fresh up and the blinkers went on second up. He led off the rail with the eventual winner kicking up every time Danielle went to cross to the rail which would have taken the edge off most runners racing like that. But he kept on fighting with head down for a close second giving the winner 5.5kgs. Drawn well and maps to lead or may even take a sit and from there, with the fight he showed last start, plus natural improvement third up from the Stephen Marsh stable, he can win this. RP $2.60, $3.90 Ff

1.Fearless lay of the day at $2.60  worked home like he needed more ground fresh up and gets that here. But he did have his chance, just as he had on debut when he showed little fight when headed. 6.Stevie’s Surprise  has been going good races and with a good run should be in the placings.

2.Black Sav was a close third after getting out late last start. Drops back to R65 class so has to be the one.

8.Belle Fascino  nice horse and if inside is ok and the track gets back to a Dead 6 she could do it.

2.Detontare looked good winning on debut driving hard late and has since won a trial when ridden out to win.

12.Incantation battled last start but in R85 company. She looked very healthy and fit then and with the drop back to R65 grade with 1kg off she gets in well

5.Estefania  showed good fight to win last start and gets 4kgs off from a good draw.