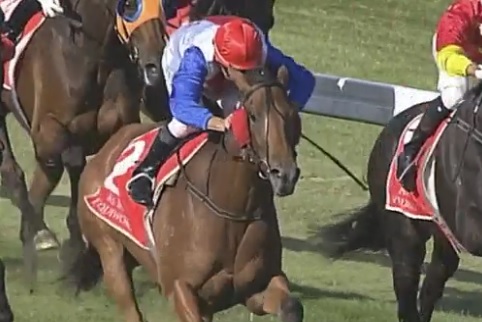 Posted by: Neil Davis in Results, Selections May 23, 2018 Comments Off on Thursday preview posted below 568 Views

Confidence: 3/5 for a place

1.Dave’s Dot won strongly here last week and his sectionals say he will be first or second going into the first bend, and can hold on for a place comfortably from there, especially if one of the favourites misses the jump which is possible. RP for a place $1.90, $3.20 Ff 3rd $2.80 place

A Dead 6 track to deal with today. Makes a change from the bog from yesterday. No Good Confidence bets of 3/5 or better but there may be for the greyhounds or Australia in the update by noon. There will also be an early preview of Saturday posted by 5 p.m. today.

Value bet of the day Race 9 1.Thutmosis $8 FF Missed after getting keen

9.Counter Attack won well on the flat and from the Oulaghan stable who will have him well schooled for his debut.

7.No Change  ran a strong second just blowing out against It’s A Wonder who would have won next up if he jumped the second last better. So strong form and he jumps well peaking now. RP $2.40, $2.50 FF

2.Our Chucky improver’s third fresh up.

5.Zardetto  from the Paul Nelson stable will be ready to win. He looked very good winning two steeplechase races before getting an injury. Nice run on the flat. RP $3.20

1.The Big Opal obvious chance but giving good weight to the others.

8.Justnametheprice has a race fitness edge over most and jumps well.

1.Qiji Express 1st $2.70  closed off strongly for fourth after being held up last start in a stronger field. He drops back to maiden company from a widish draw but looks very hard to beat. RP $2.70, $2.50 FF

2.Beast Mode rated highly when charging for third at Ellerslie. Had an ‘Educational’ run when 4th in a recent trial.’ Drawn to be the one Qiji has to beat. May get back on the inner and be in trouble though.

3.Marbuzet  ran a strong second in his trial and looks stronger than last campaign.

1.Raposa Rapida 1st $3.40 did well last campaign off wide runs. Won his trial well trailing and closing of fast late. Drawn wide but with a good run can still win.

2.Sound The Siren good third on debut. Had time to strengthen up.

7.The Heiress  good campaign last time and fought well for second in her recent trial. Action says a Dead or better track ideal.

8.Salt Bay closed hard and fast second up and is ready to peak. Wide draw makes it tough though so no anchor.

16.Salvation had a good workout in her recent trial when asked to go early and fought well when headed.

11.Sea Goddess 1st $6 gallops just like her Mum, Seachange. She closed hard in her last run and was just beaten in her trial while the winner was ridden out hard.

Confidence: 1/5 with a few chances.

2.Seduttore ran on well in an on pace race fresh up. Drawn to get a winning advantage. RP $5

11.Icebomb has a very good 200m sprint so from the wide draw, if she can tuck back 3w with cover and they go hard, that will suit her.

3.Smiling Proud  improved a few lengths to win last start and drawn to get all favours from the Baker/Forsman stable.

4.Simply Optimistic 1st $6  was held up when looking to have a bit to offer last start.

Confidence: 2/5 with one of the four below looking the winner.

1.Thutmosis very good run after working midrace last start and the blinkers go on. Peaking and drawn to get all favours. RP $4, $8 FF

8.Thelma the money was on her last start and she tried hard for second.

9.Rockoneve closed hard fresh up and 1400m suits. Good trial win before that.

2.Owen Patrick 1st $2.90 quad $589  was caught wide with cover away from the fast lane fresh up. Nice horse and better track will suit.

1.Sardeen  freshened up and with the right run from the wide draw, could do it.