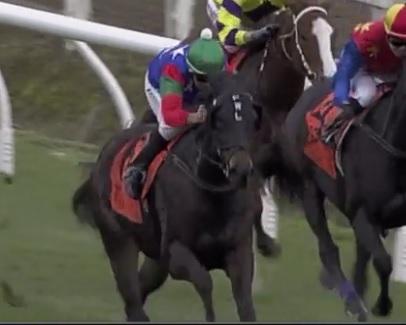 No selections today. None of my stable runners in Australia are racing today. There is the $25k Terminating Pick 6 at the dogs and it looks a tough one. We spent a fifth of our bank on the Terminating Pick 6 yesterday as Rosewood looked a standout with the severe outside bias and that’s where she came down to win well. We still have $5261 to have a go with next Saturday if it looks like it will be a a tough one to get. The Money Shot named Storming The Tower as his ‘Blowout’ for the race and the Bulldogs +6.5 points at $1.87 was his only sports bet, which got up.

Dark Princess had her chance and may be looking for more ground now and Dez probably would have won with a clear crack at them.

Bet of the day Dougie, was well ridden by Chris Johnson. The only surprise was Roc De Bank having a $50k bet plonked on him after a 28 day break when his last 5 wins  had been within 21 days of his last start, plus he was giving 2.5kgs to a peaking Dougie off a very strong form race. I wish I was a bookie at times!

That Baker/Forsman team just keeps on going with another three winners yesterday and may well have been four if Elle Aye Are had drawn an outside barrier.

I’ll post the review of Te Rapa by Monday night as there will be a few we can watch out for next up that were beaten by the tempo or that kick back in their faces. Gee, it must be dangerous for riders out there.