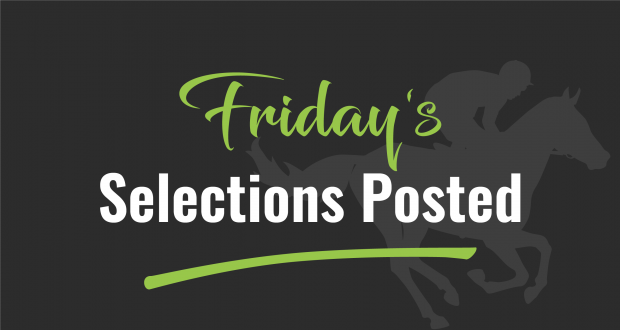 Posted by: Neil Davis in Results, Selections July 12, 2018 Comments Off on Friday selections below 661 Views

The three below are out of my Sectional Specials stable and are well placed to win.

The early preview of Saturday is here and will be updated by 2 p.m.

1.James Richard 2nd $2.00 February 1st worked hard to get 2nd outer on a good tempo and fought hard for second in a good speed rating. The third horse won her next two races. After a break, he ran a strong second again in a good speed rating and two horses have since won out of it. Then last start the rider was getting himself organized when the gates opened and he missed the jump. He then worked through to midfield, peeled very wide before the turn, hi the front about 300m out but was outfinished by runners who had much better runs. He is a strong looking 3yo so 59kgs is not a concern. This time he strikes the right field and drawn to get on the pace and with a moderate to even tempo likely, third up, on a dry track, he does look ideally placed to win. RP $2.40, $4.00 FF

2.Brix  is the favourite and fresh up. He is a big long striding galloper. He trialed nicely for third, but he needs a strong tempo to wind up, plus, James has a race fitness edge, therefore, James Richard, who will be in front of him on the turn, should be able to have him covered.

2.Keemon had its chance and weakened has been racing strongly in good speed ratings. The key to me is the change of rider back to Andrew Gibbons. He knows he tends to run out under the right hand whip. Last start, the rider hit him with the whip on the right side and he ran out and ran third and that was on an unsuitable Soft track. He has drawn the inside here, which will allow him to get a cosy trip on a likely moderate tempo, then from there, Gibbons just needs to get him out and balanced with the whip in the left hand to keep him straight, and he looks to have these covered. RP $2.50, $4.40 FF

1.Madame Connoistre 3rd $2.80 FF after the driver had a brain fade when not ensuring he kept the trail early on! May well have won if he had kept it.  on debut here two weeks ago drew 5 and wasn’t pushed out early and got back last. They buttoned right off midrace which gave it to the front runners. She was travelling very easily 400m out and as she had no chance of winning, looked to be given an educational run home coming off the back of the horse in front and found the line nicely for fifth running the same closing 400m as the winner and covered more ground. This time she has drawn 1 and the stablemate 2, and driver Craig Smith can use that to ensure she trails the likely leader Lion Rock. Stellar Routine is very likely to get back then move midrace, as she isn’t a sit sprint type with her long strides and put the pressure on Lion Rock and if Lion Rock with Mangos doesn’t hand up, which is very likely, it will set it up for one in behind, and she will hopefully be there still, and can drive through at good odds. RP $6, Currently $15 FF win and $2.80 FF place, which is very good each way money.