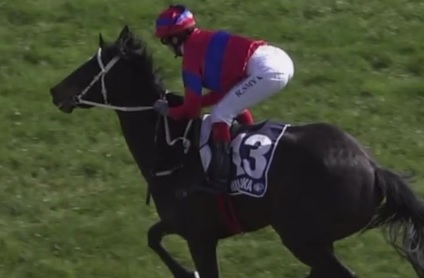 Posted by: Neil Davis in Results, Selections September 15, 2018 Comments Off on Sunday preview below 708 Views

The track has come back to a Dead 6 which is good to see. I’ve previewed all races and there look to be three very good bets which are detailed below.

The other two best bets are:

Hard to find any decent value here today so suggest multis with the above three.

5.Jochen Rindt finally gets to show us what all the talk has been about. Apparently he was very impressive winning his hurdle trial in August and if he can jump like they say he can, he will just have too much pace for them on the flat. He loves to hug the rail so look for Emily Farr to get out and lead or trail Magic Canon on the fence and it should be a procession from there. $1.50 is always hard to take about any hurdler, but he should win. RP $1.70, $1.50 FF

7.El Luchador fell at the last in huis long waited debut but was battling at the time. Will be improved by that so looks hard to beat. RP $2, $1.65

3.No Change 1st $2 it took a good one in Monarch Chimes to beat him two starts back. He gets in very well with the weight compression and does look the one. RP $2.20, $2 FF

7.The Other Half won easily last start but this is much harder.

1.Thenamesbond  always a chance in a race like this.

4.Look Out 1st $3.10  ran a very good race at Hastings after working early and then landing on a solid tempo which set up for off pace runners. He did well to keep fighting for 4th and will be even fitter for this. Drawn to get a cosy trip and the improved track looks ideal for him. RP $2.60, $2.90

3.Aongatete Express brings strong form into his with a solid third at Hastings. A much improved horse and drawn well. Better surface ok. RP 4.80

4.Locharburn  racing well and drawn to get a good run.

1.Finn  with a freshener is certainly capable of blowing these away if ready. Drops in class and rates on top after weight adjustments.

5.Wagner  has won over 1600m with Scott Wenn up and will be primed to repeat that.

9.Rich Habit  is ready to peak now and drawn well.

8.Red Jakkal in his trial got back in a big heat and travelled very well to the turn. He never really got clear till late and wasn’t pushed running third. He looks the part alright and Shafiq sticks with him out of that trial.

2.Surveillance just battled fresh up. 1230m will suit better and should be fitter.

7.Duck Road  led all the way in his trial showing a good turn of foot late. May be better left handed it

5.Icebomb looks well placed here to win fresh up. She ran a strong and unlucky second fresh last campaign. She also has a devastating sprint but last campaign it had to be well timed or else she would tire. But after seeing her at her two trials she looks stronger and more relaxed. She has drawn to get an ideal run in behind the leaders off an even tempo and with the 4kg allowance, it will take a good effort to hold out that sprint of hers. RP $2.40

6.Nuclear Fusion  raced well against good horses like Scott base last campaign ( 1.4L 3rd at Awapuni). She did look a bit weak then and with no trials, we will have to see how she fronts up.

8.Siren Call good 2nd here on a Dead 4 track last year fresh up. Drawn well and bred to be good.

1.Go For Dough was just beaten by Bobby Dazzler fresh up who franked that with a win in the Wanganui Guineas. Then second up was beaten by Lily Thunder and Caleb’s Shadow who have both won since. Freshened up again and 1400m looks ideal on a better surface. Should get a good run and be hard to beat. RP $2.70, $3.20 Ff

2.Stevie’s Surprise  put in a big finish last start. May be better ridden cold, so if they go hard, could finally do it.

11.Ocean Star  in his trial was midfield wide in the open, led 200m out and was just beaten. Nice horse but drawn wide on debut.