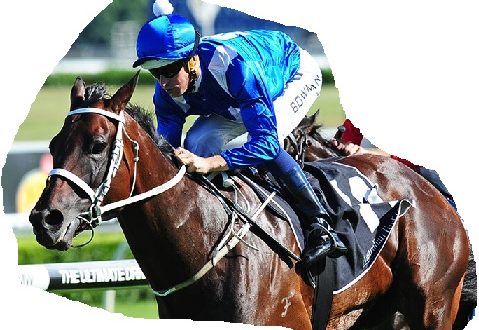 New Quality rather than Quantity motto

Posted by: Neil Davis in News October 27, 2018 Comments Off on New Quality rather than Quantity motto 577 Views

There’s a saying that if you keep doing the same thing, then don’t expect anything to change. The main selections have been in one word ‘crap’ for the last few weeks, for which I apologise for. I’ve tried making more time to analyse all the fields, but no joy there. I’m not one to give up, so I’m going to try a new strategy. ‘Quality rather than Quantity’ will be the new motto. Instead of spending 20 to 30 n hours a week trying to go through replays, ratings and formlines previewing 60 or more races a week, I’ll spend that time on a minimum of ten races a week at various meetings here, in Australia or even Hong Kong. Each runner will have a comment,a rated price to around 100% and a recommended betting strategy. I’ll target races where I feel the favourite is under value and we can get good value elsewhere in the race. It may mean backing one, two or even three horses in a race. Plus, the trifectas and quinellas will then come into play.

The preview will be posted in the morning. When I can, I’ll update the race a few minutes before it runs with comments about what the market has done, if any other bets are recommended, how the horses look and if the track will play or not play in our favour. Then after the race, I’ll post a comment and score out of 10 for how the preview and race went. If half of them can be at least 8/10 or better I’ll be a very happy chappy and we should have made money for the week.

A good example would have been in the first race at Ellerslie yesterday. Felaar was just no value at $2.80 when he mapped to get back last and the tempo was going to suit on pace runners, which is what happened. The first three home all mapped to get the runs they got on the pace. No Loitering at $24 was way overs, and Diesel, from the trail paid $5 and Vittachi from 3 back inner, 3rd at $2.50 with the quinella of $180 and trifecta being $3k. I spent about twenty minutes previewing that race and I know if I had time to go through each horse thoroughly, knowing Felaar would create real value elsewhere, that was a classic example of what I would have hunted down and we would have made good money in. Of course, that isn’t going to happen in all ten races I preview in depth, but at least I will know I have done my job thoroughly, and given us a chance of making some money. And I know I will get an hour into a race and have to trash it for various reasons, so I have to allow time for that as well.

Anyway, we all hate backing losers, so I’m going to be doing my very best to ensure we give ourselves decent chances in at least ten races a week to make some money.

The first race to be previewed could be in Australia later on today. I’ll post it by 3 p.m. if it is. the race will be later than that. Update – I got an hour into a race in Australia and canned it, so will be back for Wednesday with at least one race thoroughly previewed.

And wasn’t Winx just amazing yesterday. Hugh Bowman commented about how electrified he was on the turn when they cruised up, and that’s would have to be one of the most unique feelings any rider has had with it being her fourth Cox Plate in a row. Certainly something we’ll never forget, especially if you were lucky enough to be there!