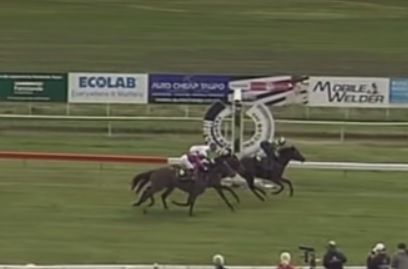 Posted by: Neil Davis in Results, Selections November 3, 2018 Comments Off on Sunday Specials below 704 Views

Review: Wordormouth won well and those sectionals he ran at Te rapa showed that he had that turn of foot which he certainly needed when he got out and balanced up by Lisa Allpress who handed up the lead rather than getting taken on. It ws a winning decision as they ran home in the quickest last 600m indicating that they didn’t go hard. Lisa told us after the race that he certainly does have a future in the South. I rate the preview 9/10 as the speed map worked out and Wordofmouth was excellenr value at $5FF and was thumped into $3.40 by start time.

There is one well placed runner at Motukarara and I’ve also mentioned my Melbourne Cup selection.

The speed map shows Wordofmouth likely to yhuntb through and lead, with Miss Scandinavia likely to trail. Hot Fuss and Milly Moo likely to look to get handy from out wide. A moderate tempo is likely suiting on pace runners.

1.Wordofmouth 1st $3.30 tri $61   debuts in the South and looks very well placed to win fresh up. He ran a strong finishing third on debut at Rotorua behind Santa Monica who has won three races since, then ran some nice races after that culminating in a good win at Taranaki leading all the way on a Dead 4 track. But his best run was at Te Rapa when he drew wide in a strong R65 field over 1200m, began well but snagged back, hooked widest on the turn, and powered home strongly right to the line. ( can be seen here )

He had a good break and was sent to Terri Rae, who is a very good trainer, and trialed over 1000m at Rangiora, where he jumped to the lead, relaxed well, and wasn’t pushed to win strongly relishing his work. The 2nd and 3rd horses have both since run 2nd fresh up and he had them covered easily. His dam won over 1400m and placed at Listed company over 1400m, plus he relaxes well and 1400m will suit ideally fresh up.  He has drawn 2 and maps to lead from there. An improving Dead 5 track suits ideally as long as the inside is playing ok. It has favoured runners well out from the rail at times but we will wait and see. Lisa Allpress snaps up the mount and will no doubt try and hold the lead depending on how the track is playing, or may take a sit putting the favourite 3 back inner. Either way, I can’t see much midrace pressure and they should get their own way up front or trailing. From there, as long as the inside isn’t well off, they can beat these home. He has shown that he could win a few races down here.  RP $2.70, $5 FF

3.Miss Scandinavia 3rd $1.60 beat a weak field in the slowest of the 5 1200m races two starts back getting all favours. Then last start ran on well on a heavy track from off the pace. Drawn to trail Word Of Mouth, but I feel he will be too strong for her in a sprint down the straight. She has a fitness advantage over him so may be worth saving on her. RP $3.90, $3.40 FF

7.Hot Fuss 2nd $1.70  not a bad effort last start after being caught 3w open and tiring late. Drawn out and likely to look to get 2nd outer. If she gets there without burning too much gas, can hold on for a place. Ran 2nd to Age of Fire and 3rd was Savvy Coup! But she has had many chances since then.

9.Devil’s Staircase  won a weak maiden in the slowest of the three 1250m races and ran on well wide at Riccarton over 1200m for 6th. Last start was handy early then got checked back to last and didn’t run on after that. Looks a nice type. Gets in on 55 kgs and can place.

11.Milly Moo  also debuts in the south. Drawn wide but has early speed so could land 2nd outer early and be a place chance from there. Four placings in last 21 starts though.

8.Anythingcouldhappen beat a weak field over 1600m at Wingatui third up last campaign. Likely to need this and drawn wide.

12.Zayzay  went for a rails run last start but had to swith off the rail to get a run and was fair from there. Gets in on a light weight but probably settles 3 or 4 back inner and with the moderate tempo likely, hard to see winning.

10.Madam Swiss ran on ok late last start. Usually slow away so will get back and rely on a decent tempo which is unlikely here.

2.Grand Duke only won his maiden because the front runner tired on the heavy track. No go in two runs since.

4.Golden Valkyrie won over 1600m on a slow7 track in an average speed rating against a weak field. Drawn wide and likely to get back. Can’t see him upsetting here.