Home » News » Review of the week and free ratings 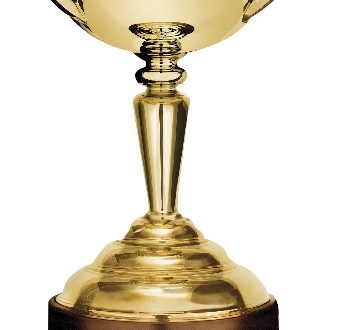 Review of the week and free ratings

Posted by: Neil Davis in News November 4, 2018 Comments Off on Review of the week and free ratings 769 Views

Firstly, you can get the ratings for the Greyhounds at Palmerston North today here for free. If you like using greyhound sectionals then there is some good news to see there.

It has been a good start to the new Quality over Quantity strategy so far. We ended up with four races to bet into with confidence and three of them won. A level stakes bet of $100 on their price when posted would have returned $1060 for a $660 net profit. Waruna $2.80 FF, Oberland $2.80 FF and Wordofmouth $5 FF were the winners. The one that missed was Land Of Plenty which I rated only a 4/10 in the review as I didn’t factor in just how far he would get back in a 16 horse field. He still ran the fastest last 600m and 400m of the race but they don’t pay out on those unfortunately. I was a bit too cautious as I also had two other races written up to post on Saturday at noon after scratchings were known in Australia, Cradle Mountain $2.50 FF and Don’t Give a Damn $5FF at Rosehill. Both mapped to lead and had done the times and ratings to win. But I was too cautious thinking Oberland and Land Of Plenty were very good bets and decided not to push my luck.

So it could easily have been a 5 out of 6 week. It does reinforce to me that back runners in big fields need to have the value odds on offer to make it worthwhile long term, so stick with selections I know map to get the right run on or near the pace. I did mention I’d preview at least 10 races a week for the Quality bets but that isn’t going to happen. I don’t want to be forced into making a selection based on a quota. Some weeks there could be around ten selections, some, just one or two. But the plan is to make money long term, so that’s what I’ll be doing. For example, I’ve been through the Ellerslie fields tomorrow and they are big and even, making it very hard to narrow it down to one or two realistic chances in most races. But I’m sure we will get plenty of future winners out of the meeting. I’ll post any early bets by 6 p.m. tonight for New Zealand or Australia here ( Melbourne Cup selection is posted ) with an update by 9 a.m. Tuesday.

Thanks for the positive and constructive feedback too.

One thing that hit home to me at Flemington was the value in horses dropping back in class. Osborne Bulls won dropping out of the Everest. Sunlight coming back to 3yo company after racing well against the older horses. Shillelagh coming back from a stronger race into a fillies and mares house. Monday is my day for doing the Formpro Ratings assessments and finding future winners from the previous week’s racing. The tempo of the Flemington and Rosehill races can be seen here for helping to do that. Tauranga and Awapuni sectionals off the front will be posted by 2 p.m.