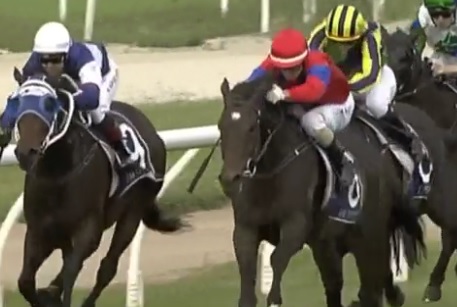 Posted by: Neil Davis in Results, Selections November 6, 2018 Comments Off on Wednesday preview below 662 Views

Update 4.51 p.m. Kings Cross looks very fit and relaxed in the blinkers. Stephen Marsh was confident of a very good run and the track is playing fairly. $50 win tote and $50 win at $3.40 FF  2nd after getting pocked by Danielle on Supera. Not the best ride I’ve seen by Opie. Why wouldn’t you get out mid-race with the slow tempo and ensure that you wouldn’t get jammed up which happened? He would have kicked her backside if he had.

I’ve spent a few hours on Avondale and have ended up with just one race to bet into confidently, Kings Cross in Race 8.

I’ll post an update around 4.51 p.m. with a comment about how he looks and any other information, plus a recommended bet on him for $100. If you can’t see the update the recommended early bet is $100 win at $4.20 FF

1.King’s Cross is third up and ready to strike. He ran second to the very smart Livin’ On A Prayer second up last campaign at Ellerslie over 1500m in the Dunstan Feeds Final in the fastest speed rating all day when he was late getting clear and charged home. Had no luck after that. He ran on ok fresh up over 1200m and last start at Ellerslie, in a very fast run race, he settled 5th outer and closed off strongly late although ran into a pocket late and was in front not long after they past the post. That was over 1400m in the best speed rating all day as well. He’s a big strong fella suited to 1600m now. He actually has early speed , enough to hold a position in the first four here and with a moderate tempo likely, he is going to get every chance. The blinkers go on third up too, which is always a good sign at this stage of his preparation. He has the best speed ratings and Formpro Ratings to say he is the best horse in the race as well.  Opie Bosson jumps on who will suit him ideally and he looks well placed to settle 4th outer with cover and win now. RP $1.90, $4.20 FF ( Trainer Stephen Marsh said, ” I’m very happy with him and the blinkers will sharpen him up a hell of a lot.” )

4.Supera won well fresh up after being slow away. But she is likely to get back again and with a moderate tempo likely, and second up, she could struggle to get over a horse, ready to win, like Kings Cross who will be in front of her on the turn.

7.Reevederci is likely to look to lead. Has run two solid thirds but is suspect at 1600m, so Leith Innes may try and stack them or control the tempo outside the leader to negate that query.

6.Treasure is in fresh up and ran on late in her last trial from well back. She is a nice staying mare and is likely to charging late for a place off the moderate tempo.

8.Secret Ambition won over 1600m last year in slow time for 1600m. Did nothing second up and likely to be outsprinted here and need more ground.

9.Take It Out did nothing last campaign in weaker fields. Gets 3kgs off and could sneak into a place with an ideal run.

10.Mia Piaci best form on wet tracks. Drawn to get a good run but may get outsprinted by a few others.

11.Lowrider is a maiden with a light weight. Should lead but unlikely to fill a place against these.