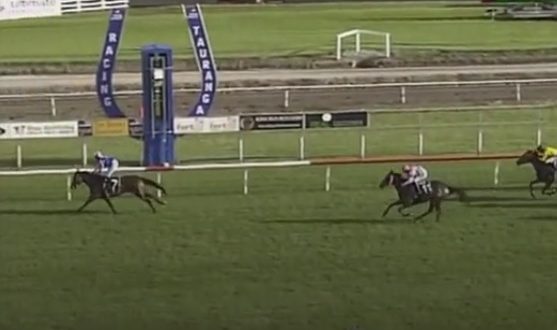 Posted by: Neil Davis in Results, Selections January 24, 2019 Comments Off on Friday preview below 632 Views

Heads Up will be posted by noon and an early preview of Saturday by 2 p.m. Now posted here

A good day of racing with some good horses going round on a decent surface.

8.Victory Drive rated a career best FR 111 ( Formpro Rating) last start at Ellerslie after he dragged the field up and fought well for a close 4th. He should be further improved by that and this is easier. He maps to land outside Final Suggestion on a moderate tempo and will get every chance from there with Matt Cameron up. RP $3.80, $5.50 FF

5.Final Suggestion 1st $6.90 FF won strongly last start getting the tempo in his favour. Looks an uncontested leader and will prove hard to run down. RP $4.50, $4.40 Ff

1.Blue Breeze drops back in class and gets 3kgs off. Has won here and is well placed.

9.Kacchi 2nd $1.90 qu $15.50 closed off fast late last start. Rates on top after weight adjustments by 2 lengths. The negative is she will get back from the wide draw and with the tempo against, may get out-sprinted.

The speed map shows early speed out wide and an even tempo.

Confidence: 1/5 in a race with a few chances.

13.Miss Rippy rated a very good FR of 104 last start in the strong Dunstan Feeds final- that rating would win any R65 race. Redcayenne, who finished half a length in front of her in that race, won well at Trentham last week. Drawn the inside with in-form Michael McNab up, means she is well placed to get a good trip and get every chance on the minimum. Rates 3L clear after weight adjustments in the Formpro Ratings and being from the Marsh stable, should be able to hold that form. Stephen marsh is confident of a good run. RP $5.00, $9 FF

2.Franklin 1st  $5.40 ran a strong second two starts back and ran on fairly at Trentham in a harder field. Baker/Forsman trained and looks nicely placed. RP $5

3.Alternative Fact was too good last start and you would think she would be further improved by that first run over ground. In the same grade has to be a realistic chance.

7.Fazioli is a nice 3yo bred to go a strong middle distance. Drawn well with Leith Innes up.

3.Raposa Rapida good run fresh and needs a Good track to ping off. Drawn out and trainer Stephen marsh sais it may be a good chance to ride him cold and see how he goes. Small field will suit and his last two FRs indicate he has an edge on these.

1.Its Destiny’s Child 1st $4.60  tried hard last start and has drawn to get every chance.

8.Spindle strong second last start in an R72 race. back to 1200m suits better as well.

5.Dama Zorro 2nd $2 qu $4.70  ran a much better race last start. Drawn to get a similar run about 4th or 5th and if One baker Street and La Rocetta go hard up front, which could happen, she will get her chance to come at these late in the long straight.

6.One Bakerstreet 1st $2.50 won well fresh up off no trials and is doing the same here.

3.Jewel Of The Patch is a good horse who will get back, but the small field will help. Likely to need this and be better over 1400m or more later.

1.The Chosen One 2nd $1.10 will be cleaned up nicely from that last start run for second to Sword Of Osman. Good horse and rates 2 lengths clear of these after weight adjustments in the Formpro Ratings – hard to beat. RP $2.40, $2.50 FF

2.Masetto  is a  nice horse with a good turn of foot. The harder they go, the harder he is to beat.

1.Demonetization 1st $1.90  is a good horse too but has disappointed since being injured. he maps to get a good run behind an even tempo. No trial and 60kgs are negatives. But when he opened at $3.80 FF yesterday, he just kept coming down in price, which is always a strong lead from the Tiley stable, so if he has him back close to his best, he will beat these. RP $2, $1.85 FF

4.Back In A Flash is a very good mare as she showed last campaign closing off in above average sectionals. Then she won very well fresh up. A drier track is a query but she is a class mare who looks like she will handle it.

8.Veine D’Or has been winning well and drops in weight here but up in class.

4.Camino Rocosso fought on well after trailing at Trentham to Supera and Wyndspelle who would clean these up over 1600m. Maps to get a good trail again and his FRs say he can beat stablemate True Enough. RP $2.70, $3.60 FF

5.True Enough 1st $2.50   got a very soft lead last start and had to win. Won’t get it as soft here here with Shadow Fox in it, but is a tough horse in- form and from the Baker/Forsman stable.

1.Charles Road fresh up will get back and be finding the line hard. Gives good weight to the above race fit two though.

6.Felaar with a light weight on the fresh side could get into a place.

3.Cutadeel 1st $2.30 is a very good horse as he showed winning well at Ellerslie and before that at Te Rapa when he traveled like a winner well out. Freshened up a bit and will get back, and the decent tempo will allow Opie to put him to sleep and come with a well timed finish. RP $2.50, $2.60 FF

6.Sandrine could have won last start if she had taken the inside run on the turn instead of trying to get off the inside. Good mare and looks the main danger. Rates on top in the Formpro Ratings after weight adjustments.

12.Mercy Hill  was dead stiff last start.Drawn out and likely to snag, but with a decent pace likely, should get his chance.