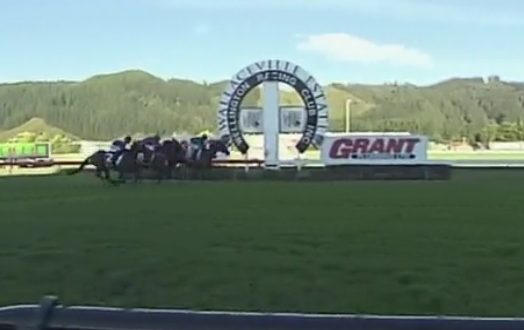 Posted by: Neil Davis in Results, Selections May 4, 2019 Comments Off on Sunday preview below 637 Views

We have a heavy 11 to deal with today at Trentham so I’d be surprised if two or more favourites won at the ‘Punters Graveyard.’ I’ve found a few nice eachways at good odds, and the quaddies could be the way to go as well. No quality bets but I’ll post an update by noon with any head to head bets. Whatsup is a big strong horse with a good wet track action and ready to win with the right rider up. I’m prepared to forgive Bring To The Block last start. Race maps ideally for her. Desert Magic can lead all the way. Relda in race 7 is also good value at $7 FF.

Good luck as it seems to come in handy here.

The rail is out 10 metres which could see them getting out wider as the day goes on. Some favourites have drawn the inside so if that patch goes off, some value may appear.

5.Platinum Rapper has the best FR ( Formpro Rating)  on a heavy track of 100 when 4th in a good 3yo fillies race at Riccarton. She has an ideal action to handle a heavy track so looks the best chance. RP $3, $4 FF

4.Burgundy Belle  is a good filly and won easily on debut on a Heavy 10 track at New Plymouth. Johnathan Parkes will give her every chance. The niggle his her action says a Dead to slow would suit better, not a heavy 11, so I  give the advantage to the one that has the action for a bog.

6.Happy Star was tailed off in his only trial back in November but has won and run 2nd at the invisible Levin jumpouts. Chris Johnson jumps on. Backed in from $41 to $21 early on.

8.Floral belt  rates second best on a slow to heavy track with her game second to the smart Our Hail Mary at Otaki.

1.Satu Lagi  was  dominant winner last start and although he has no starts on heavy tracks, his action suggests he can handle it.

4.Trisha Lea has the best rating of FR 111 on a heavy track when second in the Taumarnui Gold cup. She has had two runs back on better tracks over distances too short for her. gets 2kgs off and should either lead or be outside it. From there she will be hard to run down. RP $4.50, $6 FF

3.Sylvester will relish the ground more than most. Fresh but trainer gets them very fit.

7.Toms  good run last start. Ready to win again even though the bog is a query.

1.Desert Magic won easily last start and his action suggests he will handle a bog. A free wheeler so the 1000m with Danielle Hirini getting 1 kg off is the one to run down. Trainer was keen for Danielle to stay on as she suits his free front running style and knows him well.  RP $4, $5 Ff

10.Miss Lizzie rates well on a bog. Just beaten here on A 1.17 track. Will be improved after racing keenly fresh up.

4.Skarloey won impressively on debut on a wet track. Had a quiet trial full of running. Set to win again.

6.Armaguard  won a recent invisible jumpout at Levin beating a handy field. He won fresh up last year on a heavy track and despite the market drift, can upset.

11.Stylish Suggestion won on a Dead track and action suggests it needs that to show its best so beatable.

7.Starweka did very well last start when confidently backed to win. Caught 3 wide in the open but kept finding to be close up. Action suggests it will handle a bog. RP $4.50, $5 FF

3.La Turque just beaten last start and will handle this track better than most.

The speed map shows an even speed

1.King Cougar goes well fresh and won at the invisible Levin Jumpouts on April 17th.  He’s won on a bog but trainer has said before he does prefer a slow track over a bog. Gets 3kgs off and drawn out so can find the best part. But no anchor.RP $3.80, $3.20 Ff

2.Casaquinman  did well to run second in the slower part of the straight last start in a  sit sprint. Better suited here where he can relax at the back off the even tempo and get to the right part of the track. He’s giving London Express 7.5 kgs though.

9.Just You beat King Cougar on a 1.17 bog at Awapuni and was just beaten by Glory Day’s last campaign. If fit enough ( had two jumpouts at Levin) could upset.

3.William Wallace  has struggled on heavy tracks before and 1200m is likely to be too short.

The speed map shows an even speed with three runners looking to be on the pace.

Confidence: 2/5 If they are getting out wider to win, Bring To The Block is definitely great value to win this at very good odds.

2.Bring To The Block 2nd $4   looked well placed to win last start but didn’t fire- they can often just not handle the unique heavy ground there so I’m prepared to forgive her. She will get back and with the even tempo, she certainly has done the ratings to say she can get over these with her race fitness edge over many of these. RP $6, $16 FF

10.Charlie Horse  ran a fair race fresh up on  track that was too good for him. He looked like a horse who would improve with a break too after getting better and better last campaign. Inside draw may not help though so just depends on how the track plays as to his chances. He has the best FR on a heavy 11 of 101 and is a horse follow this Winter. RP $6, $7.50 FF

15.Qian Gua  won well on a heavy track at Matamata travelling like a winner well out. Strong second fresh up and if the inside is ok, has to be a realistic chance.

1.Master Pat  will handle the bog better than most and won a recent invisible Levin Jumpout recently. Put in trifectas.

13.Relda 2nd $2.10   is bred to win races on bog tracks being a half sister to Selwyn and Spiro. She want punted late fresh up last campaign and closed off strongly for third. She will relish the bog with her action and Sylvia Kay will have her fit enough fresh up to win. RP $4, $7 FF

7.Shez Extra  has the blinkers going on and strikes a weak field. Has shown enough to win at least a maiden and almost won on debut on a heavy 11 track with a good wet track action. The early money came for her which is a good sign with J Parkes up and she does look well placed to win this. RP $2.60, $2.20 FF in from $3 FF

5.Speed Call found the lien the best of the unplaced runners last start with the blinkers on. Has a nice wet track action. Could upset.

1.Whatsup 1st $4.90  won second up last year on a heavy track over 1600m at Wanganui with a good wet track action. Then after a break he won very well fresh up in a good speed rating. last start he did well 3 wide in the open and didn’t give it away for fifth.  Back on a hevy track will suit and he’s a strong horse. J Parkes sticks with him. RP $3.50, $5FF

4.Thee Old Cougar won well on a heavy track at Wanganui beating Italian Lover fair and square who went on to win three races. Fitter now and has a good action for a wet track. early money came for the Stephen Marsh trainer runner.

3.Proletariat  won well for us fresh up at excellent odds. Steps up in class but with a good run likely and if the inside is ok, should be in it.

2.Collinstreet has struggled on slow and heavy tracks to let down so is $5 is too short.