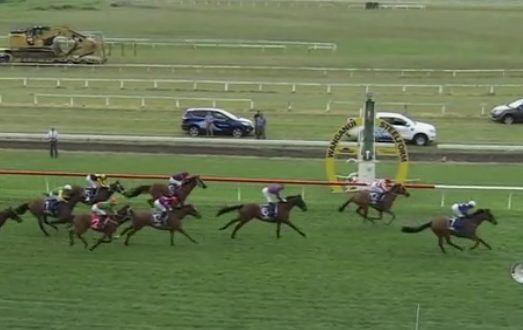 Posted by: Neil Davis in Results, Selections May 8, 2019 Comments Off on Thursday preview below 623 Views

An average midweek meeting today but with some nice horses going round. Sanchez in the first looks set to win with plenty of positives. Lincoln Hanover was beaten by a biased track last start and should lead and be very hard to run down. Both are quality bets.  Apologies- no updates today. An early preview of some Saturday races will be posted by 6 p.m. tonight

4.Sanchez  1st $4.40  charged home late here last start to almost win. The reason he was beaten was the moderate tempo as they averaged 13.00 200 metres to the 600m mark ( see sectionals link here ) , slower than the better class race. His last 600m of 34.21 was by far the best in the race and was quicker than many runners in shorter races in better class on the day.  And he will be further improved by that run. J Parkes has snapped up the mount as well. All he needs is an even tempo which is not certain but from his draw of 6 he can land about 7th or 8th and with four other runners looking to be on the pace, including Bella Nero who has drawn out and set an even tempo when leading at Tauherenikau, I’m confident they will go fast enough for him to get out wider on the turn and get over these. He was under a ride well out last start, so don’t be concerned if that happens again as he responds well. RP $3.00, $5 FF

3.Heza Big Hope  fought on really well last start at his first go at a middle distance. He has a good wet track action which may be the reason for his drift from $4.40 to $4.80 from a punting stable.

6.Meant To Be  closed off nicely behind Heza Big Hope. Will also be improved by that and will have to snag back from the wide draw, so the harder they go, the better his chances.

10.Prior Engagement 1st $8.30  two starts back ran home strongly for third and the second horse has since won. Then last start got back when they didn’t go hard and when they started to sprint had to wide around the last corner and hit the line the strongest of anything. From the better draw, can land midfield or closer and strikes the right field to get a win. RP $4, $8.50

2.Katiem Marie is suited by 2200m and if they go hard enough, is the main danger.

4.Class Above  is the obvious danger.

7.Zed Leppelin  ran a game second here last start. Can only improve off that and a Dead track suits.

1.Lincoln Hanover 2nd   last start did very well to hold second in a race that suited swoopers after he had no option but sitting 3 wide on the pace in the open. He had to as the inside was off and he was a bit keen being restrained.  I doubt if there will be a bias against leaders in this race by this time of day. Robbie I’m sure will look to lead on the fence and be too hard to peg back from there. RP $1.60, $2.40 FF

3.What A Smasher  will find this easier than her recent races. Caught wide last start in a stronger field. Her only start here was a win on a Good 3 track over 1100m leading all the way. She can jump and with a nice sit on the pace likely, be the one to beat here. RP $4.80, $7 FF’

5.Deerfield  is a good horse and from a good draw should get every chance.

11.Here We Go  won impressively fresh up and with a good run again, is in this.

9.Aridity  has the best five Formpro ratings on a Dead or better track in the last 12 months. Her maiden win was here. She was wide all the way last start and with a better run likely here, has to be in quaddies.

2.Star Quality  won with a smart ride last start. Drawn to get a good run and gets 2kgs off.

10.Lady Rudolph  has the ability to win – just needs the right run from that wide draw.

4.That’s Incranibull  won easily against a 5 horse field getting all favours. This is harder from a wide draw.

14.Per Perseverance 1st $4  was confidently backed both starts but ran into some smart ones. Trialed nicely when trailing and had little room and went to the line never tested for fourth. Set to go.

15.Super Girl has the best FRs here in the last 12 months- hasn’t been getting the right runs and drawn to get the right one this time.

Confidence: 2/5 with Very Appealing being just that, especially if she looks fit and the money comes for her.

9.Very Appealing  rate the best of any of these when fifth(3.9L from Langkawi at Hastings) then last start at Trentham. No trials form but will have been set up to win fresh up ( Blinkers going on hint at that)  from this stable.

8.Miss Sher Nan 1st $4.60  two good seconds here and drawn well to test the other two with the blinkers going on too.

1.Rock With Choux got a good run outside the leader last start and stuck on well. Drawn wider here and will need to do more work.

1.Fearless  has helped fund the  bookies alcohol supplies for their bad days, but today, especially with the blinkers going on, does look to be the day he can win. I’ve been against him in nearly all of his starts but he looked in need of that fresh up run here when a battling fourth. This time, with the blinkers going on, it indicates he is spot on and the 1600m suits better. He almost won here second up last campaign. RP $2.70, $2.80 FF

2.Kahu Rock 1st $3.70   beat fearless Home last start after being 2nd outer and was pulling away from him. Drawn wide but with a good run on the pace again, he’s the one fearless has to run down.