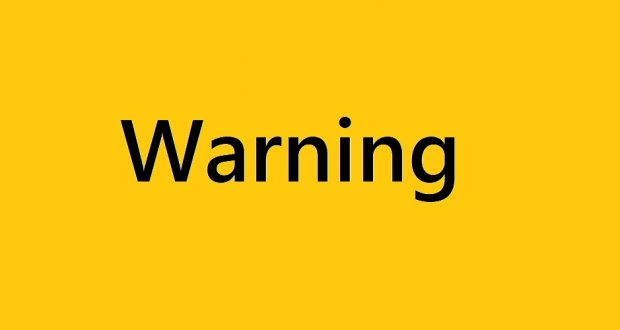 Posted by: Neil Davis in News May 18, 2019 Comments Off on Warning and weekly review 615 Views

Firstly, don’t read the last couple of paragraphs at the bottom of this article unless you have at least six free hours this week!

I’ve been through the Riverton fields and on a heavy 11 track, I can’t find anything at any value so pass there. The next preview will for Wednesday, which I normally try and post by 8.45 a.m. for midweek meetings.

I like to review the week’s selections and my bets every Sunday about what I did wrong, how could I have improved and what I did well. The one error I was annoyed about was okaying the bet on Deprive at Rosehill. Trackside with just three minutes to go before the start, played an ad so we missed the birdcage comments from Lizzy. When he was taken out of the gates just before they started, the commentator said ‘Lizzy mentioned he didn’t parade as you would like. He was quite agitated and buzzed up.” He is normally quite relaxed pre-race so that would have indicated a definite ‘No bet’. Luckily he was pulled out of the gates and late scratched by the vet. Based on how Desert Lord won, he wouldn’t have beaten him anyway, so we got out of jail there.

The only New Zealand Quality bet was She’s a Goddess at Te Rapa. I thought she would lead and nothing would try and take it off her, but for some reason the rider of Von Trapp decided to and after running the first 600m in 34.92 averaging 11.62 seconds per 200m to the 600m marker, it was no wonder they both were gone 300m out! They came home in 36.64. Von Trapp actually did ok to finish 4.6L 6th so in a race where he can get an uncontested lead, he will be harder to beat. The rider of She’s a Goddess also said she didn’t handle the track conditions. I was still happy selecting her at those odds so it was just not run to suit her. She’ll probably go out for a spell now anyway.

Advising subscribers to Dutch two runners at Ruakaka in both of the Good Confidence races worked out profitably in both cases. I’ve had a few queries about that way of betting, which The Money Shot and I discussed in Heads Up on Friday here and I’ll follow up with a more in- depth article during the week. I don’t do it very often, but in the right races at the right prices, it is the best way to go.

The two Australian Quality bets,  only just got up, but I felt they were the best horses in the race based on the times, ratings and sectionals, and mapped to get winning runs, which they both did. I thought Isaurian wouldn’t win by much and James certainly made sure of that getting up by a nostril in the last hop! Grey Lion did very well when leading 250m out and was attacked on both flanks, but dug deep to get the bob in.

I had sixteen runners to narrow down from my Blackbooked runners here and in Australia for Saturday, so to get two winners up from the three selections that were available at $3 and $5 on Friday made for a good profit. I eliminated Fidelia as she was going to get back in the big field and at just over $2, I felt she was no value, but she still proved too good. But I did eliminate three other runners on the verge of selection that didn’t win so I was happy with that.

So in summary, there were five races during the week that I felt confident about betting seriously into and four of them made a profit, so I’ve given myself a pass mark.

This week we have races in New Zealand at Hastings Wednesday, Pukekohe Thursday, Ellerslie and Trentham on Saturday and Hawera on Sunday. Plus of course any Australian selections that are well placed out of my blackbooked runners. Those runners are the ones I put in there from my analysis on Monday and Tuesday from the previous week’s racing.

If you have any queries about anything I’ve mentioned above please ask. Or if you specialise in any area of racing or sports, let us know your approach.

WARNING: Don’t read below unless you have about six hours of free time this week.

I’ve never been a fan of Formula 1 racing because it seems so predictable, but thought I’d take a look at the Netflix series ( ten episodes ) about it. And it was just terrific. You end up getting a very good understanding of the pressure the whole crew is under from the guy who puts a wheel on in the pits, to the driver and what can go wrong in between. Plus the egos involved are just as huge as the money involved.

The Monaco Grand Prix is on this week and I can’t wait to see the build up and the actual race. It is likely to be a procession around that track, but it is the battle for the minor placings that I will be intrigued about. It would be great to have more racing documentaries following riders or trainers before a big race showing the stress along with the highs and lows of getting a horse to peak for a couple of minutes on a race track for big money.

Anyway, I did warn you! Have a great week.