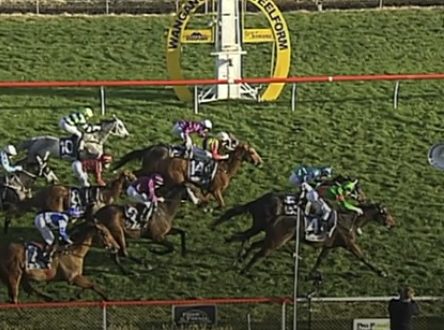 Posted by: Neil Davis in Results, Selections June 12, 2019 Comments Off on Thursday preview below 715 Views

Crikey, it is hard going at Whanganui with the outside lane coming into play after just one race. The obvious head to head bet is in race 6: Tavis Court $1.85 to beat Magic Incanto who has drawn nearer the inside, has no form on a heavy track and her action says she needs a better surface. Tavis Court should land near the pace wide out which will give him a definite advantage. No stress with that one.

Suggested multi with Cambridge dogs, Race 10 ( 2.47 p.m. ) 8.Too The Nail has drawn box which is ideal. he has been getting better and better with each run and with his usual clean beginning, he should be able to cross and lead these into the bend and be too fast from there. $1.75 FF Ridden to the script $1.60

It was the first abandonment I can think of so far this year ( but I’m sure someone will correct me if I’m wrong) but at least they got in five races at Te Teko before the conditions became just too dangerous for the riders. The one Quality bet ran third in Australia but the suggested saver ensured a small profit. Gee, the racing in Australia is great. Good riding. Riders generally ride to the speed map unless they notify a change and the information available is outstanding. I also wish we had the same debate over running multi million dollar races on the same day in different parts of this country!

As we saw at the last meeting they raced here at Whanganui, getting to the outside fast lane is a definite advantage. It is a Heavy 11 again and by race 5 they will be getting out there. In that race 5 5.Coventina Bay looked very good winning on debut after a strong trial win. It’s always hard to line up just how good it was on heavy tracks. But after analysing her race time and sectionals, I would have to say she is going to win many more races on wet tracks. She got back in that race and they ran 3 lengths  quicker to the 600m mark than the R65 off the front and she still got home faster by 3 lengths in almost a 6 length better race time and she was eased down on the line. Her last 600m of 36.25 was significantly faster than anything else on the day. Some of you will remember the top filly Legs. She won her maiden race on debut in similar fashion then won a Group 3 race second up. Her fifth win and final race was the Group 1 Kelt Capital. Coventina Bay looks best suited to wet tracks but she may well prove just as good on Dead tracks in the spring- time will tell.

She has the perfect economical high knee action for a heavy track so looks very well placed to win this except for one thing, the barrier. She has drawn 5 and maps to get back with plenty of early speed from a few others. So the challenge for Samantha Collett is to get her out as wide as she can by the 600m mark. The thing is she may still be just too good for these coming home 5 or 6 widths from the outside fence. If she had drawn out I would have made her a definite Quality bet but having walked the track at the last meeting and seeing how much better it was by the outside fence, I have to downgrade my confidence to 2/5. She opened at $3.20 and has been backed into $2.00FF after scratchings which is still slightly less than my rated price of $2.20 with that query over where she will get to in running. I’m really looking forward to her race. There is a nice value bet later in the day. Missed after getting caught down in the inner bog slog.

In race 6 2.Tavis Court did very well on debut when working to lead on an even tempo and kept fighting for second in a better time than the R65 race. He is bred to be good on wet tracks and has the action and draw to get out wide to the fast lane with Lisa Allpress on top who is the best rider in the country at riding biased tracks. His main dangers have drawn inside him except for Miss Freelove who has had her chances but lacked the will to win. He’s not a Quality bet because of being  second up on a bog but he does look a solid eachway chance at good odds of $9.50 and $3.10 FF. I rate him a $5 chance.

I’ll post an update by 2 p.m. with any other bets.

2019-06-12
Neil Davis
Previous: Wednesday preview below
Next: How good is Coventina Bay?