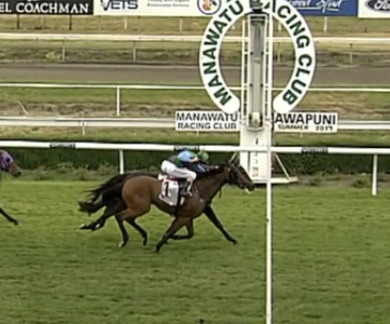 Posted by: Neil Davis in Results, Selections July 24, 2019 Comments Off on Thursday preview below 638 Views

I’ve concentrated on the last quaddie at Awapuni, where I feel the favourites are definitely beatable and it could pay good overs.

9.Cast In Bronze  had her chance last start but in a stronger maiden. been backed in early but no anchor

1.Country Bumpkin  ran an improvers race fresh up in a fast run race. Suited by distance and 3kgs off.

2.Dundee Street  ran on well with a good bog action. Bred to stay.

10.Dashing Ruby  ran on well last start on a better surface. Suited by a bog.

8.Lucquide  actually has the best bog track rating of 97 when 3rd in a bog at New Plymouth alongside Big ben who has won a couple since. Fresh up and ran a good second to Vacation in an April trial.

4.Keep It Up ran a good 5th fresh up in the slow lane. Bred to get ground.

BUT  2.Rigel  ran a  very good second here on a heavy track closing off strongly over 2100m running easily the fastest last 600m of the race. He would have improved with that run for 3rd in a bog, and Lisa Allpress is a big plus.

I was impressed with 2.Monkey Town here when he ran a game 3rd after being 3 wide in the open and came back from 5th 200m out to run third with an ideal bog action. Obviously tough and drops back to 1200m here. has early speed so should be able to be on the pace and get out wide if that is the place to be. RP $5, ( FF

7.Our Chloe does look an obvious anchor after her close second at Whanganui on a bog in the fastest of the three 1200m races. But the negative is the inside draw as she can get back in the first few strides and if the inside is off, she could be in trouble, so can get beaten. RP $2.50 , $1.45 FF is just too short especially if she gets back on the inner and the inside is off.

11.Beaudz Well  showed fight to run third here last start and the blinkers go on at the right time. Drawn away from the rail, and looks the only realistic chance to win but only if the favourite has a very bad day. His action says he may struggle in a real bog though, but his fitness could overcome that.

Confidence: 1/5 where the two favourites are beatable.

5.Facetime 1st $3.50   won here last time on a similar surface, BUT the time was 6 lengths slower than the Open handicap which is about right I suppose, but $3.40 is too short up in class and being a 3yo filly, even with our favourite rider up, Lisa Allpress.

6.Sophia Magia  is the other runner who has been backed in BUT although she has run two solid seconds, her last win was back in 2016, so no value at $3.40 either.

2.Gordy’s Gesture  ran 2nd to Keep It Savvy here this time last year on a similar surface. Drawn wide which is a plus and Samantha Collett replaces the apprentice.

1.Keep It Savvy  won here last year on a bog and has drawn out which could be a plus.

10.That’s Funny  has been running good races and with a clear passage, can certainly be in it.

7.Beltoy  has been going well enough to say with the Blinkers going on, she could improve enough to win.