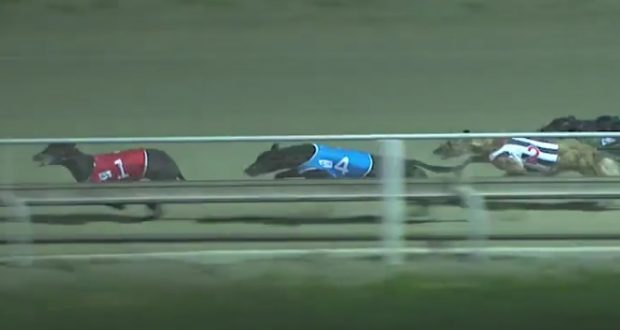 Posted by: Neil Davis in Results, Selections October 16, 2019 Comments Off on Thursday preview below 541 Views

With two $5k bonus quaddies, I’ve spent my time working those legs out.

After going through it, the favoured runners do look to have genuine chances, so just a small investment.

The favourite is 3.Our Dazzel at $1.95 FF but is beatable as he has been 7th, 4th and 5th out of the boxes after 10 metres. Plusses are he drops in class and has the best two adjusted times in the last 90 days here. So if he misses it, 9.Culvie Ness 1st $7  has the second best time here in the last 90 days behind Our Dazzel. 7.Neelix  flew out last start but was squeezed up into the first bend. The wider draw with that same beginning could see him lead all the way if Our Dazzel gets in trouble early.

2.Opawa Vinny 1st $2  is the $1.90 favourite from Box 2. He maps to just lead from 1 and 4, but three others have faster opening sectionals, 1,3 and 7. He also drew box 1 here two starts back, dwelt and ran on well for third. The plusses are he is a big dog and the 1 dog is small and looks for the rail and the 3 dog tends to keep away from the rail, so even if he does dwell a bit, he can bulldoze his way through. 3.Dizzy Jango  looks the main danger from box 3. He drops in class here and in his last two starts in C4 he has drawn box 8 and shown good race sense to get through for fourth. If he pings to the lead early, can win. His last start in C3 he won from box 2, so the 2 and 3 look the two to stick with here.

1.Smash Over 1st $2.60 has had 7 starts from boxes 1 and 2 and won 4 of them. She beat home Opawa Vinny here two starts back from box 2 in 17.32, her best adjusted time ever round here. Then last start, at her first start in C3 she began fast for 2nd outer and just went down in 17.37. The 2 dog likes to veer out from the start, so she should get every chance to drive through and lead ( has the best opening sectional of 5.86 and in career best form, looks the obvious one with the advantage of the inside running.

4.Goldstar Trooper  1st $2.00  led all the way at Ascot Park but has missed here at his last two starts from boxes 2 and 7, so is beatabale. 1.Platinum Marshall won here from box 1 in August in 17.14, running down star sprinter Sheza Ripper. Last start from box 6. He began well and got a slight check halfway, but came back very strongly for a close second in good time. The 2 dog likes to stay away from the rail early on which will allow him to get a clear crack at the lead and be very hard to beat. Goldstar Trooper should also get a clear run as the 3 and 5 dogs run true and with a clean jump.

1.Start The Show  should lead but is always vulnerable as he tends to run out when touched by another dog and is not the strongest closer down the final straight.  6.Dyna Varsity  ran second to him last week when he lost a few lengths into the first bend giving Star Of The Show a decent start, but he closed off strongly late. If he can land closer at the start of the back straight, he looks the only one capable of upsetting him.

3.Versailles is the $3.10 favourite but is beatable. He maps to be 3rd or 4th to the first bend with good speed out wider and his closing sectionals are generally inferior to some here. 1.Fired Up Jed  won well here last week from box 8 and was strong late running down race rival Pita Ramos. The inside box suits if he pings and can win again. 5.Pita Ramos has the early speed to lead and with trouble in behind, can win. 4.High Dreamer with a clean beginning could lead and has run the times to say he can win. 8.Hankenstein  is suited to box and if there is trouble on his inner, he can bury them. His last start closing sectional from box 7 of 11.25 was almost a career best.

This an open leg. The only one I can dismiss is 9.Raptor Attack having the slowest times in the last 6 months. So the field minus 9 looks the way to go here.

1.Sup Over Drama looks the anchor from box 1. The 2 dog likes to veer out early which makes it easier for him. He has the four best opening and closing sectionals plus the three best adjusted times. Up in class so only a stray cat could put him off beating these.