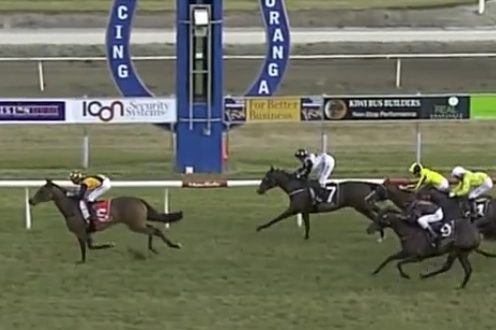 Sectionals off the front here

This has become the best race of the week and year, The Everest.

Chris Waller summed this up when he said, “ Everybody can relate to every horse in this race. They raced, two weeks ago, they raced three weeks ago, they’ll race in a month’s time. People want to see that. It’s like the Olympic champions showing up all in one race.”

Personally, this race has become thee race of the year. Unlike the Caulfield and Melbourne Cups where many of the runners are fresh up from overseas or have had one or two runs in Australia.

Yes Yes Yes was given a 10/10 ride from Bossy when back off a 33.68 first 600m which set it up for a back runner. But he got out at the right time, kept Santa Ana Lane ( fastest last 200m)  in and got a winning break on him and along with the weight difference, he was just too good running a track record 1.07.32 – just an amazing effort all round. It certainly makes Bivouac look pretty good! Trekking did very well from last to round them all and run third. 1400m will suit better. Nature Strip  did better than expected after working hard early and fought well for fourth. Gee, if you were on Classique Legend you were stiff. He was bolting and just struck horse rump everywhere until out when it was all over. He finished off full of running- his turn will come at Flemington next up. Arcadia Queen either seemed reluctant to take the gap or just wasn’t going good enough. Still feel she is a 1400 to 1600m mare in that class.

Handle The Truth perfect run and too good in second best speed rating. Victorem has every chance and closed well. Looked in need of the run and the rider confirmed that after the race.
Bobbing came from last to run a strong third in the best closing sectionals. He has one twice second up and looks ready to do the same again. Big strong gelding who will be in for a good campaign.

Star Boy ran a top race sitting three wide in the open on a decent tempo and only finished 2.5 lengths from the winner. Was beaten by the wide draw. Luna Mia was very unlucky when in the Trail and never got clear running right throughout the straight.

Brave Song Was held up all down the straight and looked full of running.

Deprive won very well considering the tempo compared to the other 1200 metre races on the day was against her.

Fiesta found the line strongly when she got clear and is right on track for a win soon.

Happy Clapper well ridden to take the lead when wide and just held on in the second best speed rating all day. Looked ready before the race and the right race for him. Tally terrific run third up. Just needs the right race now.

Danzdanzdance ridden aggressively early which didn’t suit as she was a bit keen according to the rider. Good battling fifth though and in a slightly easier race on a non dry track, she is ready to win again ridden quieter.

This race was a great advertisement for in-running betting as Hush Writer had to win once they left him alone in front for too long to dictate to them. Home in 33.97 shows they had no chance of running him down after averaging 12.82 sectionals to the 600 metres. His best is on dry ground.
Patrick Erin ran home in the best closing sectionals.

There will be many others out of this meeting that will be worth a close look next start.