Home » News » Where to find the value bets with greyhounds 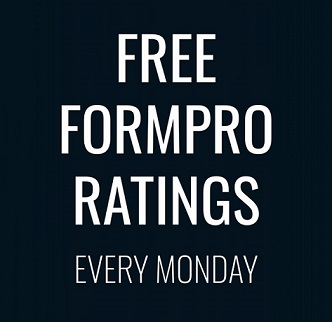 Where to find the value bets with greyhounds

Posted by: Neil Davis in News January 12, 2020 Comments Off on Where to find the value bets with greyhounds 394 Views

Firstly, the Greyhound Ratings for all 24 races at Palmerston North and Addington can be seen for free here along with selections from David.

Secondly, I’ll be doing the Punters Club at Tauranga this Friday. The fields should be good with the good stake money and fine weather forecast. For regulars, you know the drill and I’ll post the details tomorrow for those who don’t know the procedure.

So where do you find the value in the Greyhounds? Obviously, finding a favourite that is likely to get beaten, immediately creates the chances of that happening. Maybe it has drawn to get hampered by others early, or the speed map shows it is more likely to settle in the back of field and strike interference, or the ratings or times it has run indicate it just isn’t capable of beating proven faster dogs. Personally, I like to strike when the First Four jackpots and everyone gets involved in it. The pool can rise very quickly in the last three minutes of betting. I don’t have a good crack at all jackpots, but just the ones where I feel the favourite is a good chance of not winning, as most punters will anchor it to win or even come second, and if it misses, you always get a decent return if you can snare it. Unfortunately, it won’t happen all the time, but all you need is a set plan of an amount to bet on them. As soon as I see one happening, I get onto the Formpro Ratings, and go through each dog’s last two runs at least, so you get a decent feel for every dog. If I can see a decent chance of the favourite getting beaten out of first and second, I’ll take the two, three or four dogs that are likely to win, for first and second, and the field for third and fourth. Anchoring two dogs for first and second cost $60 in full units, three dogs $180, and $360 for four dogs to run first and second. Being able to take a percentage bet means you can keep within a budget.

The trouble is, you have to be watching the races during the day to know straight away when there is going to be a jackpot, as you only have around 20 minutes between races to see the replays, do the form and work out your bets. But that is how I approach them. I have got some big returns but most of the time you may just get your money back and lose it all. But hopefully the big returns, covers those losses you will have. And one more thing, I nearly always watch the race in slow motion, so you can see the race unfolding better and get your money’s worth if you do lose. You do that by pausing Sky for a few seconds before the race, then push play again, then just as the lure starts to move, you hold down the play button until the slow motion kicks in. To get back to normal speed again, just push the play button again. It takes a few practice runs to get it right.

Have fun and let me know how you get on if you strike one, or use a different approach. If I have a go at one or two today, I’ll post what I did.