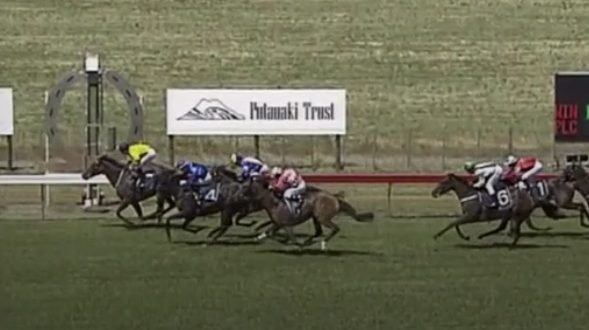 Posted by: Neil Davis in Results, Selections January 26, 2020 Comments Off on Monday preview below 576 Views

Some interesting fields today on what should end up a Good 3 track by race time. There are two Quality bets detailed below. I’ll post an update by noon with any head to heads etc. And there is a free login to the Formpro Ratings for the dogs today too here.

The speed map shows Rocking Along from out wide likely to go forward with a few also looking to get handy, so an even tempo likely suiting all runners.

2.War Path  two starts back was 5th and keen with the slow tempo, then could not get out till 250m out but tired. Last start was much better rating an FR of 95 where he got away on terms, but was squeezed back to 5 back inner, traveled well with the better tempo, and unwound strongly after being held up then was blocked again late. Drawn to land in the first six and with an even tempo likely again, he is going to get his chance to get out and bury these.

1.Rocking Along  last campaign ran a couple of good races in handy form races. has early speed to try and cross these but may get caught wide early and be in trouble. If he can get a good run, 1400m will suit better.

3.Castle Black  improved nicely to run third last start in a slightly stronger maiden field. Fitter now. Will get back and should get the tempo up front to get into this.

5.Like A Boss  is a big fella who ran a tidy third two back when awkwardly away, was 23 back inner and got out in good time but was a bit one paced to the line for third. Didn’t fire last start from a wide draw. 1400m should suit better from an inside draw.

The speed map shows Not Usual Litening leading out with Call Me Evie and Glenhope looking to get handy. Operator may hunt out and try and trail. A moderate tempo likely suiting on pace runners.

3.Call Me Evie  has the strongest form here. Two starts back she rated an FR of 101 in a $50k race at Ellerslie over this distance and  beat home race rivals Not Usual Litening and Threadtheneedle after they all got good runs. Then last start she sat 2nd outer and fought hard to a handy horse in Lowprofile and the indicator of how good that run was it was run faster than the Open handicap the same day at similar tempos. So she is right at her peak and maps to slide over and get 2nd outer, outside Not Usual Litening and  Jasmine can control the tempo from there. She has had the measure of them and with only a minor weight swing, she should prove too strong to the line in a sprint home. RP $2.30, $3.50 FF ( 3 units using the Value Staking Plan )

8.Threadtheneedle finished 2 lengths behind Call me Eviw at Ellerslie and only meets her 2.5kgs better off, which shouldn’t be enough to sway it her way.

5.Not Usual Litening  could try and lead and hold it as he over raced when eased to trail at Ellerslie and battled when out.

4.Viking looked good in his trial when he drew wide, jumped well, eased to 4th outer, then pounced quickly to lead easily and was eased down to hold out Rakuten, who ran a good second on debut last week. Drawn to get a good run and ready to fire up on debut. being out of Irish Fling, a Telegraph winner, shows that he has the blood to win a few races.

3.Divine Duke  has run  his beat races fresh up and drawn well.

13.Locomotion  ran home very nicely from last in her trial for second. Nice galloper but is likely to get back.

The speed map shows six runners looking to lead or be close to it so an even tempo likely.

2.London Banker  two starts back rated 101 in a strong 1600m race at Ellerslie. Then last start, at his first go over ground, he worked early to get handy one off, then trialed, but was caught in a pocket when the others started to move. Once out on the turn, the others had momentum up but he fought on well for third. So he has to improve off that and he looks to be a better horse ridden quieter, so from the wide draw, he will be forced to snag and with a decent tempo likely, should get his chance to get over these. RP $3.00

5.Capellani has been racing well without much luck. Drawn to do nothing and with luck this time, should be in this.

1.Thomas Aquinas  would have been right in the finish with a clear run last start. he needs more ground now and with a good ride, should be in this.

The speed map shows three of the runners wanting to lead or be on it. A moderate tempo likely but in the small field, every runner should get its chance.

1.Starrybeel  won the Dunstan Feeds final 2019 beating better horses than these rating an FR 111. He has had two runs back now and last start was held up till about 150m out, then showed his good dash to drive late and was strong past the post. The step to a middle distance third up is ideal and he gets 2kgs off. Will likely settle 5th and get wound up on the turn and get over these. RP $3.00

4.Special Light  beat Fiscal Fantasy at Ellerslie in march last year rating an FR 105 in this grade. Very good second two starts back and got caught up in traffic last start. Looks the main danger.

2.De Konig  got a softish lead to win last start. Goes his best races when leading and dictating and is a chance of doing that here.

5.Valmur won well last start but got all favours in a slowly run affair and the time was 3 seconds slower than the Open handicap. Should get a nice run again but $3.30 is just no value up in class.

The speed map shows Declarada leading along with Cabochon having a go at it, and Avoca Willow who has the blinkers coming off so may try and settle for the trail this time. An even tempo at least likely.

6.Socialights  ran a game second two starts back at Ellerslie rating FR 100 running the fastest last 400m. Then last start got back from a wide draw and closed off strongly late again running the fastest last 600 and 400 of the race and there have been 6 winners come out of the race. This is easier and she maps to get a good run around 5th or 6th outer behind an even tempo and Stephen Marsh will be wanting a win with her as her owners are very demanding and a few will be on track to see her win : ). She rates clearly on top.  RP $1.90, $3.00 FF ( 4.7 units at $2.90 FF )

4.Declarada  will likely lead and set an even tempo. She has run her best races with Matt Cameron up and is the one Socialights has to run down.

5.Savastep  ran a good second two back over 1600m and maps to get a good trail behind its stablemate. Matt Cameron rode her last start though and has opted for Declarada.

7.Garados ran a good third two starts back and found the R72 field too rich last start. Drops back here and if saved for one last run, should be in it.

9.Zouluminous  won easily in a weak maiden last start in the slowest of the three 1600m races. had her chances before then, so should find one or two too good here.

The speed map shows Ranger leading easily and Overthemark trailing or sharing it. Calder on Ranger could try and stack them so a moderate tempo likely.

6.Ranger  has had more gear changes than a Formula 1 car, but he has certainly shown he can win at least a maiden after running third to Two Illicit and Dragon Leap and he won’t get a better opportunity than this as he maps to get his own way in front and with the blinkers on for the first time, that may be just what he needs to get his mind back on the job. RP $4. $5.50 FF

1.Hunter Villain  is a nice looking galloper and has shown the ability to win a maiden. Did ok in a stronger field last start. Drawn to land closer this time which will help.

The speed map shows Blizzing Away leading and few looking to settle near the pace. A moderate to even tempo likely.

7.Zealand  fought strongly for second last start in a good speed rating and the third horse, well behind her,  won well next up. She will definitely improve with that and from the good draw, she should land in a good spot and be ready to win now. RP $2.80

12.Atomic Kitten  ran on strongly for second to a smart up and comer in Reggiewood last start. The extra distance will suit as well.

2.Blizzing Away  with a soft lead could prove hard to peg back.

1.Our Beeskees was just beaten last start and with a good run, should be in it but has had a few goes.