Home » News » Quaddies -the harder you work, the luckier you get 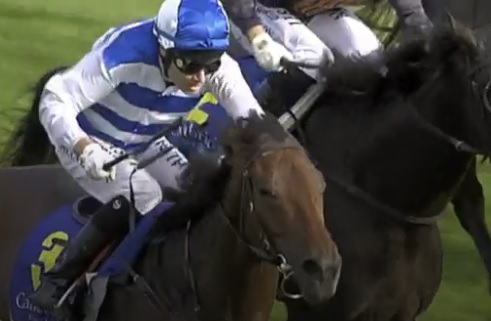 Quaddies -the harder you work, the luckier you get

Posted by: Neil Davis in News April 13, 2020 Comments Off on Quaddies -the harder you work, the luckier you get 370 Views

Quaddies can give you a good return long term, if you can strike the occasional big ones to cover the losses. Many punters give up on them after a losing streak, but if you have the right bank in place, you will be able to just ride those out knowing that the harder you work on them, the luckier you get.

We have had a good run with quaddies with the last decent one being April 4th at Randwick when it paid $5120, with Nettoyer knocking most out.  Since then we have been close but no cigar. Yesterday, in the $6,962 Sandown quaddie,we had three of the four legs but missed in the second leg when the two on pace runners were able to back off midrace and fight it out with our runners, Excelman and Orleans Gold finishing hard from the back for third and fourth. I nearly always go back and see how I could have included a winning horse. Sonaree was third up in that second leg but had every chance last start when 2nd outer on a moderate tempo and fought well for second. I could have factored in natural improvement but his three wins came on Good tracks and there did look to be more speed in the race than it turned out to be and you can’t take them all.

If you have the time, and want to keep honing your skills, go back and see how you could have backed a winner. You can nearly always find a reason to have backed it, but you can nearly always do the same for many other horses in the race as well. But by watching many replays and going through  recent form, you can see which form factors you may or may not be taking notice of enough e.g. strike rates of horses, riders or trainers. The tempo, which is one of the most common excuses for horses getting beaten, luck in running, natural fitness and many other form factors could have influenced you one way or the other.

Tomorrow in Australia the two quaddies at Kensington and Geelong look like they could pay very well, so I’ll spend most of my time analysing those legs.