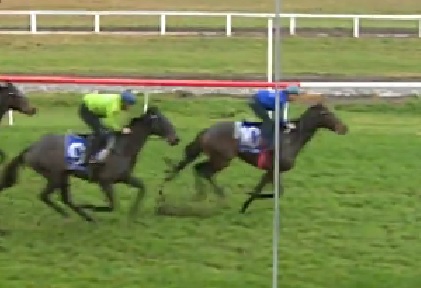 Posted by: Neil Davis in Results, Selections July 18, 2020 Comments Off on Sunday Specials below 639 Views

Some good races today with a few that are well placed to win. I’ve also included the Recommended Bet ( RB) with the Winsurance (WS) options that are available. They are a good option. I’ll post an update by noon.

The GOAT has his best sports bet of the weekend with the Chiefs-5.5 $1.87 this afternoon.

The track is a slow 9 with light drizzle. It usually favours runners who can get in the first 6 in running so draws and tempos are going to be significant factors.

6.Elle Cee  ran some strong placings in the North rating better than most of these. Her second to maison Roxanne was very good after setting a fast pace and third was Monaco who has won 3 races since. She debuted at Riccarton and drew 14 of 15 and began well but wanted to lay in all the way and proved hard to ride out and she did well to keep coming wide out for fifth. This time she has drawn to get the lead against the rail, and as Terry Mosely showed on Friday on Once a Week, he can get them out well so she looks well placed to lead all the way. RP $4, $6.50, Recommended bet Winsurance 2nd and 3rd $4.60 Ff

The speed map shows three runners looking to be on pace.

2.Sourire De Sothys looked good in his last trial when he began well but was caught 3 wide on the pace and still showed good fight to get up and win. Drawn to land in the first 4 here and with a good run likely, looks to have the ability to win this. RP $4.80, $6 FF, RB WS (Winsurance) $4.20 2nd and 3rd

2.Outram  put up a top effort to win fresh up last campaign from the back. There looks to be a good tempo here so from the wide draw, should just drop back and use his powerful last 400m from the turn to upset these. RP $8, $15 Ff and $4 FF, RB Each way

Map shows Black label leading and Scarfi trailing and with the rail being the place to be look the main chances.

10.Scarfi 1st $4.60  rated well in the north and looked in need of the run at Riccarton and will be fitter for this.Lisa Allpress sticks with him and he is best this way round. Drawn to get a winning run and just needs to run up to his best North Island rating to win this. RP $5

8.Figuremeout 2nd  has always shown enough to win a maiden and in fact won one here only to be relegated over 2100m in better time than the R72 race. After a spell she has run two races over 1600m on heavy tracks and last start reared and lost all chance, but did ok. She had to trial since for barrier manners and flew out trailed, and was never asked to go when others were being asked the question. the step to 2200m suits which is the way she won that Clayton’s maiden here. Terry Mosely knows her well and the blinkers go on. RP $3.80, $6 FF, RB WS $3.80 2nd & 3rd

The speed map shows four runners going forward and favourite Keep Quiet can begin and does have early speed so can land midfield outer behind an even tempo and get his chance.

1.Keep Quiet second up last start ran a strong second when back and was shut out of a gap 400m out but closed off hard for second in better time than the R72 race. Fitter now and looks the one to beat with a good run likely 3 back inner. RP $2.60, $3.00 FF, RB Win only

7.Highly Polished last campaign put in a top effort when leading at Greymouth setting s good pace when the horse on the outer over-raced and she did very well to just get beaten. The Speed rating was the best of the day. Fresh up at Riccarton she began well again, shared the even pace in the middle, was 2nd 100m out then just blew out. She will be fitter now and Kozzi gets 1kgs off and stays on. Should be able to lead from the draw and then it just depends on how much pressure she gets as to her winning chances.

5.Highland Lady ran a game second on a very heavy track over 1400 3w on pace last campaign. Looked a definite improver from her fresh up run wide and led early and run down. Lisa Allpress stays on from a good draw.

8.Sunny Lady beat Highland Lady in a trial before not handling the heavy track fresh up. With a good run can upset. Blinkers go on.

The speed map shows Albut Me leading with Orepuki Lad likely to get 2nd outer again and an even tempo likely with those two up front unlikely to hand up to anything else.

1.Orepuki Lad slid his way to 2nd outer fresh up and relaxed well. With 600m to go he led then put the pedal down 300m out and just took off in a very good speed rating on the heavy track beating a stronger field rating an FR 110, 6 lengths better than any of these in their last start. He has rated 112 over a middle distance. So he has come back as good as ever. He drops in class here and maps to get 2nd outer again with his natural early speed and with his strength, staying power and race fitness edge, he can take over again after turning in and prove very hard to run down, despite the 63kgs. RP $4, Opened $6.50 and now into $5.50. RB $3.90 WS 2nd and 3rd

12.Hatrick Boys 1st $6.60   beat Kandari very easily at the trials and maps to get a good run on the fence. Lisa Alpress will give him every chance.

3.Just Push Play  will likely get back but is a good horse and with the 4kgs off, gets down to a dangerous weight.

8.Kandari  trialed ok when not pushed for 2nd behind Hatrick Boys. maps to get a rocky run so $4.20 Ff is too short fresh up over 1600m

5.Bluey’s Chance is a good rough chance as he has won second up and gets 3kgs off.

The speed map shows a lack of a leader so it may be a surprise who leads.

11.Takeitlikeaman  won over 1600m at Te Rapa coming from last then ran a game second at Ellerslie rating 100 and 101. He ran some above average sectionals then too. Then in 2019 didn’t fire. So was sent south and the way he came from near last at Riccarton charging home between runners in the fastest last 600m of the race of 37.14, which also compared very well to the strong R93 race, shows that he has got back to somewhere near the form he showed in 2018. The step to 1600m looks ideal and with 53.5kgs on his back, giving him a decent advantage over his main dangers, he looks very good value. The negative is he has drawn wide but with the lack of a leader and pace, he has led before so if he begins well, which he can do, could slide onto the pace and get every chance. Either way, even if he does drop back, it is not a big field and  the inside may be off by this time of day. RP $4.50, $7 Ff, RB WS $5 2nd and 3rd

3.Appellido 1st $4.20   is much better than his fresh up run. Has won second up and with a good run, looks the main danger.

1.My Cashier is an improver and drawn to get all favours but giving 6.5kgs weight to a nice horse.

2.Gloss  is capable of winning but may prefer a better surface.

7.Van Diamond  debuted in the south last start and was given the toughest run in the race 3 wide in the open but battled well for fifth. The better surface will help and from the inside draw, should either trail or be 3 back inner and get his chance from there.

11.Reliable Glow  goes well here and weighted to be in it third up after not getting all favours last start.