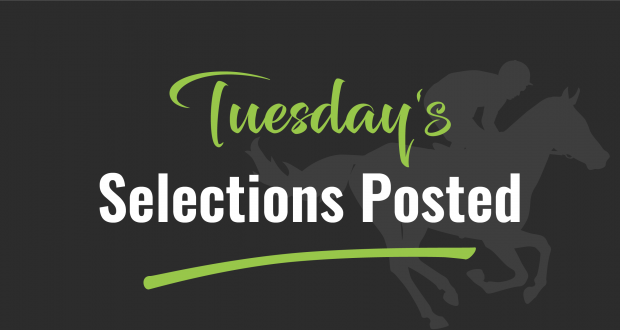 Just one of those days.  Could catch a break all day but we get to go again on Thursday when hopefully the racing gods will be a little more charitable.

First day of spring so we have the great spring racing to look forward to in the coming weeks.

There’s 24 races today and a few I like in particular.  The TAB is not feeling generous today so for the first time in months, no promotions on offer.

It was a rough start for Formpro Subscribers last week with the selections but it is worth noting you can access the ratings for free today.  Last week, the Predictor had 7 out 12 races on top.  Just not the races I targeted!

We had a little more success at Addington last Thursday with our selection in the Oaks getting up comfortably (in the last stride!) and paying $11 on the tote.  We will have selections for Addington posted by 2 pm on Thursday.

The best rated dog at Addington today is Goldstar Tudor (2).  This is a C1 class but last start he ran 30.30 which is good enough to win plenty of higher grades.  Trainer Steve Evans says it was a super run and he should be very tough to beat.  He looks to have fair box speed box speed in a race devoid of a lot of speed.  There’s only a couple of runners with better early speed and neither have run out strong races.  Only twice before has he drawn the inside boxes in 10 starts and he won strongly from box 2 last start.  From the field he thumped on Friday, two raced yesterday and both won.  And nothing else really is in form – of the top 5 runs in this field at Addington over the last 30 days, Tudor has four.

Had his chance but beaten by one of those dogs that you never know whether he will turn up or not.  He turned up all right today.

Since dropping back to sprints, he’s 2 from 2.  He rates clearly on top and has early speed as well.  Both the dogs on his inside like away from the rail a bit but his early speed should see him away safely and he tends to hold his line out of the boxes anyway.  Especially at Addington, if you can get to the lead at the end of the back straight in the sprints, you’re odds on to win.  With his early middle distance racing, if he gets a clean jump, he should be too good for them.  Bookies have rated him fairly.

An interesting race with just 2 of the runners having won over the course and distance.  Allegro Vey (8) comes up as favourite after winning a C1 Final at Hatrick Friday night but this is a different race entirely.  The last two times Mitcham Nikorima and Allegro Vey have met over this distance, Nikorima has come out on top.  He’s a larger dog and not blistering off the lids which is where Allegro Vey may have an advantage but he does have a stronger closing sectional and has run down Vey previously.  He just came up short last week and I think in this field he can go one better at good each way money.

Copped the worst of the running and after a promising start ran into more trouble than Courtney Place on a Friday night.  Would have been interesting to see how he could have closed from a handy position but that’s racing.

The obvious flag is that this is the first time Nancy has run at PN – indeed, four of the field have only had 1 run over the track and distance.  As a result, i’ve been a little bit circumspect with the strategy but there’s a couple of upsides to Nancy.  Her ratings at Cambridge were very good and a degree better than Just As Much who’s paying similar money.   She’s won 3 from 5 races but never drawn inside box 4 but runs like she will appreciate the inside draw.  Apart from Just as Much and Big Time Spot, there’s not a lot of hot talent in this race.  So the double your money (or money back) option on the Winsurance looks pretty solid and could also make a nice multi.

The money came but we can’t take a trick today.  Went down on her nose at the start and almost wiped out a second time.  When does Addington start?

He’s had more misses than Casanova but is talented at best.  Back in C1 and while he’s inconsistent, it’s not the strongest field and there’s no early speed either.  Worth a small coin at the price the bookies are offering.

Dawson has been cruelled by bad box draws and the bad luck that comes with that.  He finally drew a marble on Friday and won with plenty in hand in a C2 after downgrading.  Looks a special back in C1 although worth noting that Beau Beau has run time at Cambridge and is having his first stage at PN.

Disappointing.  Have been waiting for a few weeks for Dawson to get a decent box draw and it simply dealt him a bunch of trouble.  After that, just wasn’t keen.

2020-08-31
David Archibald
Previous: Sunday Specials below
Next: Wednesday preview below