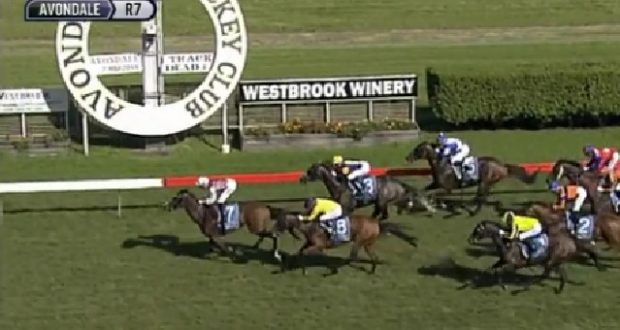 Posted by: Neil Davis in Results, Selections September 1, 2020 Comments Off on Wednesday preview below 507 Views

In race 2 the head to head, Turret $1.80 to beat Whanga Wonder looks worth having as Turret beat WW home last start after coming from behind WW on the turn and put 3 lengths on her quickly at the 200m and beat her home by 2.2L

The rail is out 8 metres, the same as it was here last meeting on July 25. The track should play similarly where they soon went looking for the centre of the track.

No Quality bets so far.

10.Altar Girl ran two strong seconds on very heavy tracks right handed then just went average on a slow track left handed. She has the best FR on a heavy track and with the 3kgs off, back right handed and on her favoured heavy conditions, she looks well placed against a weak field where the two next favourites have queries over them.RP $3.00, $4 Ff

6.Two Madison had her chance fresh up and ran sixth with a disappointing finish off a decent tempo. Has placed second three times ( on Slow 7 and better ground)  so has had plenty of chances from ten starts.

Tricky race- the head to head could be an option in the update.

A race where you can make a case for seven of them – pass. The head to head could be an option in the update.

Early money, $17 to $10s  for 11.Molly’s Game after she ran a fair sixth here on debut 3w with cover all the way on an inside biased track. Blinkers go on which look like they will sharpen her up and from the inside draw could worth a dollar eachway.

3.The Irishman 1st $1.40 looked very good winning his last trial on a heavy track when in behind the leaders then showed a very good turn of foot to put a quick break on them and bolt in and the time was the third fastest of the 20 heats. His closing 600m was excellent compared to others on the day.A Slow to heavy track looks ideal with his action and the Leith Innes/ Tony Pike combination is always hard to beat with a 4.8 strike rate. RP $1.40, $1.55 FF

2.Designer Genes ran home nicely for 3rd in his first trial on a heavy track at Ellerslie then led all the way at Ruakaka to win his trial. A slow or better track looks better for him.

6.Perfectionist ran a solid 2nd on debut. Recent trial she was handy, led on the turn in heavy ground and held out Bourbonaire, who won impressively on debut at Matamata. Drawn to get a good run on the pace and be hard to beat.

1.El Tirador  looked very good winning his first trial on a heavy track at Ellerslie then in his most recent trial, trailed and was held up till 150m out and ran on nicely late in a quiet trial. Looks set to go on debut from the strong Tiley stable.

5.Hasstobemagic solid second on a good track at Pukekohe but wanted to run out right handed and his action is more suitable for a Dead or better track, so hard to have as favourite.

1.Vamos Bebe 1st $1.80 is a nice looking galloper set for the Pearl Bonus race. She closed off strongly late fresh up against a smart horse in a good speed rating on a Slow track. The negative is she has an action for a better track so will need to get out to the centre or wider to get on the better ground. Drawn to maybe do that but is no $2.10 chance because of that.

2.Always Sacred  ran second to a good horse at New Plymouth last campaign. Ran a close good second in her recent trial and drawn wide, which may be a plus by this time of day.

8.Five Schillings  is a nice 4m who ran a strong second in a recent trial beating subsequent winner Atomic Kitten ( 3rd in the trial)

3.Sils Maria  has the breeding and action for a better surface.

5.Diamond Girl  two good trials – the first winning well leading and holding on under a ride on a heavy track at Ellerslie.

9.Now Is Now  won strongly here on a similar surface fresh up. Drew wide second up, got back, and didn’t seem happy with the sand coming back in her face at Te Rapa. Drawn out here which should be a plus by this time of day, and with the 3kgs off, right handed, can win again. RP $4.50, $6 FF

6.Kaareraway 1st $4.60  is a nice mare who should win at least one more race. Drawn wide to get out to the better part so with 3kgs off, has to be in it.

1.Balios has had two runs back now and fitter. Drawn wide and that should be a plus.

5.So Much More  has the best FR on a slow to heavy track and a wide draw will help.

2.My Callisto  2nd $2.50    Last campaign he won second up here on a heavy track over 1600m having the toughest run in the race wide on the pace in the open. He also raced greenly but was still too good in a good Speed Rating. He had two trials this campaign then fresh up here was caught wide 800m out and kept up a sustained run for fifth when the inside was the hot place to be. His great grand dam, She’s Country, won the NZ Oaks( 2400m) and he looks every bit a natural stayer. This is not a strong R65 middle distance field and he does look to have the most upside, so Andrew Calder, who knows him well, just needs to give him the right trip and he is a solid eachway chance. RP $5, $8 FF

6.Zenntari  rated an Fr 103 two starts back alongside My Gift, who almost won the Kiwifruit Cup on Saturday. He just didn’t like it at Taupo last start. maybe he backed up too soon. But back in an easier race, right handed, he should be able to stay away from the inside from the wide draw, and if he reproduces that Matamata run, he is the main danger to My Callisto.

9.Rhuzick  won well here but beat a weak field. Drawn the inside and with the inside likely to be off, will need a very good ride.

5.Our Beeskees  almost won at Taupo and will be at peak fitness for this. Drawn near the inner, so needs the inside to be ok, which is unlikely.