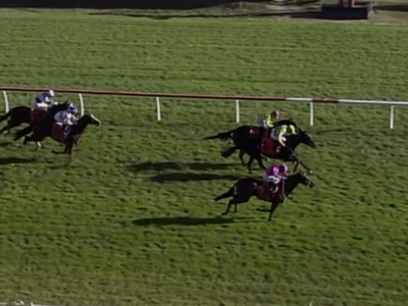 Posted by: Neil Davis in Results, Selections September 3, 2020 Comments Off on Saturday 5 September preview below 864 Views

Highlight was the $4381 Te Rapa Quaddie

No other bets recommended.

A good day of racing with our top horses stepping out in the Foxbridge Plate. The two Quality bets are in Australia on Good tracks.

Update 2.25 p.m. Two Quality bets for Australia. They should pay around that on Saturday.

12.Icebath Bossy fell asleep at the jump and got too far back and flashed too late.  fresh up drew wide and was forced to snag back. They buttoned off midrace and she was still able to unleash a fast last spring running the best closing sectionals. She can run time and run an excellent 3rd in the Group 3 Hawkesbury Guineas when checked at the start and running home in fast times. Ideally drawn to land in the first four behind an even tempo and with her extra fitness and pull in in the weights over Zakat this time, she looks set to win. RP $2.20, $2.80 FF

7.Brooklyn Hustle 3rd had her chance  was really impressive dashing past them here over 1000m fresh up. She ran home in 11.56 easing down in the end. That was her second win over this distance here and it was just as easy beating top horse Yes Yes Yes! The key to her winning this is having at least an even tempo up front which looks almost certain with five of the 9 runners looking to lead or be outside it, depending on how they jump. From the inside draw she is likely to settle 9th of the 9 runners, but the gaps should start appearing near the turn and with the top class acceleration she has, she should just be too fast over the last 100 metres and win well. RP $2.40, $3.90 FF

No Quality bets so far. Next update by 5 p.m.

The speed map shows no obvious leader but many who will look to be handy. Moderate tempo likely but big field could ensure something takes the initiative.

1.Overstayer is a good horse and should win a few races. Game second fresh up and Samantha Collett knows him well now. RP $3.60, $4 FF

The speed map shows plenty of leaders and a fast tempo likely suiting a closer.

3.Karalino 1st 11 qu $23   ran a good fith here on a heavy track in a stronger field. Then it was just to heavy for her second up. Back on a track she likes and where she should settle off the pace, she can run these down in the right part of the track. RP $8, $17 FF

15.Lily D’or  is a good mare and if the inside is ok, should be right in this.

The speed map shows Quiz Kid likely to cross and set an even tempo.

7.Just Treasure won really well here last year and has had three runs back now. Her last run was very good in a strong R65 field and she will be even fitter for this. gets 2kgs off and drawn to do no work on the inner. Handles the slow tracks here very well and looks a solid eachway chance. RP $4, $5.50 FF

12.Savastep  drove hard to win last start. This is a harder R65 race but

3.Quiz Kid  bolted in last start and is very fit. If he can cross and lead without being taken on, and the rail is ok, he could pinch a break and prove the one Just Treasure has to peg back.

12.Divine Duke ran a top second here fresh over 1600m easily beating Big Mike. Then second up got back off a moderate tempo and ran home well for 8th. Up to 2100m suits ideally on his favourite track. gets in on 51kgs and looks well placed. RP $6, $10 Ff

1.Big Mike  fought hard for second last start. has to be close to his peak now and if left alone and the inside is ok, will be hard to run down.

The speed map shows Need I Say More working to the lead and a moderate to even tempo likely.

5.Your Point  very nice winner on debut and won his trial well. An improving surface will suit him.

2.De La Terre  has race a race fitness advantage from a good draw.

The speed map shows plenty of early speed across the field early on. An even to fast tempo likely.

12.Romantic Lady  rates strongly after her strong second here fresh up rating FR110, a career best. She is going to win more races and just needs a good ride here from Danielle to win this. RP $4.00, $5.50 FF

9.Tellyawhat  gets in on a winning weight and should get a decent tempo up front to charge at these late.

2.Mr Universe  will be charging home late and if the inside is off, could do it.

The speed map shows The Mitigator and Crystallize sharing an even tempo.

2.Sultan Of Swing  gets in on a nice weight and will be improved by that fresh up run. Maps to get a good run and is a nice eachway chance. RP $5, $7 FF

4.Savy Yong Blonk  goes well second up and should get the right midfield.

The speed map shows all of the early speed out wide which should ensure at least an even tempo suiting all runners. How the track is playing may also influence the result and tempo as well. Previous patterns have shown they tend to look to get out to crown in the centre of the track by this time of day on a Slow track.

7.Avantage 1st $2.20  is a  top mare rated 109 and is ready to fire fresh up after a strong win at the trials. Drawn to land in a handy position behind an even tempo and unless they are trying to get out wide to win by this time of day, she looks the logical winner at WFA. RP $2.40

12.Travelling Light  is a good mare who showed she is best ridden in behind others after getting a soft lead in the 1000 Guineas and not finishing it off. her closing sectionals in most races have shown she is top class. Training well and ready to go.

1.Julius  is just a horse that loves to win and has the ability and will to do it. Drawn wide so needs luck against two very good mares.

9.Princess Kereru  always goes well fresh and if the inside is ok, is capable of upsetting. When I spoke to co-trainer Ken Kelso during the week about Supera, he was quite bullish about her chances with the way she has been training.

The speed map shows a few who want to lead or be near it and an even tempo likely.

2.Pluton  two strong seconds and should get a good trip near the pace. Very fit now.

11.A Proper Lady  is a good mare and won a recent trial. Right in this.

The speed map shows not a lot of speed so a moderate tempo likely.

6.Communique 1st $9 quaddie $4381  has run two solid races, the last at Matamata when she was just beaten by Cherry Lane. She is a good mare peaking third up now and the wide draw should allow her to land about 6th 3w cover and be in the right place as they are likely to be looking to get out wide for this. RP $5.00, $8 FF

8.Star Tsar  is a big brute of a horse but likely to get back here off a moderate tempo so the $2.80 looks a bit short. Can win if everything went his way as he should have a good campaign this time – his sectionals last campaign showed he was above average.

5.Cherry Lane  just keeps giving her best and has won here. Needs to get out from an inner draw though.

16.Aalaalune drops in weight and is peaking now.

The track is a heavy 10 and normally plays toward the outside. The jumps races will churn the inside up early so should favour runners drawn out again.

10.Mongolian Princess  drawn wide which should be a plus. Bred to win a few races and nice runs last campaign. RP $5

2.Levon  nice galloper who did a little too much on debut and blew out. Inside draw is a query but if ok, is a definite chance.

11.A Box Of Tricks won her trial well and looks set to fire fresh up.

10.Raced Evens  won really well here on debut then was a solid third second up. Drawn wide here and likely to go hunting for the outside fence and if she does win out there, that will set the trend for the rest of the day. RP $3, $3.10 FF

1.Mohaka  goes well fresh and drawn wide which is a plus.

The speed map shows Deerfield and Miss Lizzie leading an even tempo.

The speed map shows three runners looking to lead or be on it with a few looking to be just in behind- an even tempo likely.

3.Mogador  did very well to win on debut at Waverley but how good was it?

The best comparison on the day is with the stronger Rating 80 race with older horses over the same distance won by Chosen Peak. Mogador ran his first 600m in 38.17 on the Slow 8 track and was caught 5th 3 wide in the open. He was then put under a ride but improved before the turn to lead shortly after. He ran his 400m from the 600m to the 200m in 23.30 to lead, then held on strongly against a good horse in Gentleman Jack running his last 200m in 11.94.

10.Only Words did well to win fresh up on a slow track beating subsequent smart winner Sheza Jakkal. She has drawn wide here which should ensure she gets to the right place. The query could be the heavy 10 track though second up.

14.Atishu  was a bit unlucky on debut when held up and ran on strongly late for second in a good speed rating. They have put it on in wheelbarrow loads since opening at $18 now into $8. But the negative is the inside draw on the heavy track. It may be ok but if you do like her, you have to wait till you can see how the track is playing.

14.Power On  showed a bit of grit winning on debut and handles a heavy track well.

7.Hurry Cane  does look well placed here on 54kgs with the way he is winning. he is doing everything right and just going very well. he handles heavy ground well and drawn out should ensure he can get out to the better ground. RP $2.80, $2.50 FF

1.Dolcetto  won very well last start and the step to 2040m suits and gets 3kgs off.

3.Charlie Horse  is very fit and won here this day last year on a heavy track.

Confidence: 1/5 in an open race where they are likely to be looking for the outside rail. Inside draws may be a big negative.

2.Botti  ran on strongly last start and drawn out with 3kgs off.

16.Estefania  has drawn wide and ran an improver’s race last start. Gets 4kgs off.