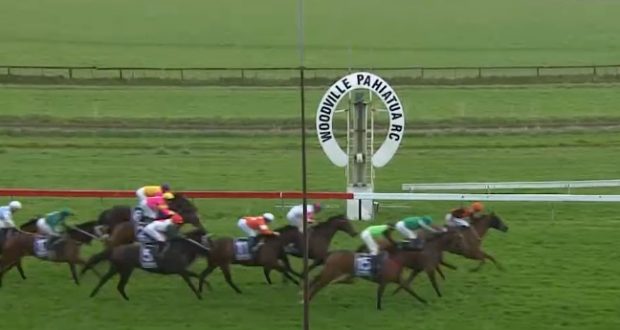 Posted by: Neil Davis in Results, Selections October 7, 2020 Comments Off on Thursday selections below 566 Views

Suggested late quaddie: $27 for 5% in a tough one Missed

David, who had an outstanding day on Tuesday at the greyhounds, will post his selections later this afternoon. Now posted here

Shakespeare  1st $1.80 does look very hard to beat today. And there are a few nice eachway chances at nice odds. I’m keen to see Fiddyafortnight 2nd   go in the fourth race as she opened at silly money at $18. No Quality bets today.

2.West Coast two starts back ran a top second at Otaki over 2100m closing off hard late in the fastest L800 and 600. Then last start at hawera just got going too late and ran home well for fifth in the second fastest last sectionals in all categories. Jonathan Parkes replaces the apprentice so fourth up, he does look well placed to win his maiden. RP $4.50, $6 FF

12.Great North Road  bolted in here last start and the time compared well to the the other two R74 races on the same day. She had the tongue tie go on two starts back and maybe that has allowed her to settle better and breath properly. She has shown the ability earlier in her career to win two or three races, so with 55kgs, where she should land in a good place again, she is a decent eachway chance at double figure odds. RP $7, $12 FF

6.Shakespeare looked a winner well out last start here and drove hard late. he is a better horse on a Dead or better track as he showed when running a fast closing third at Otaki alongside Lord Bouzeron who has gone on to good form in Australia. Danielle suits his style of racing so he does looks a very good chance on the same weight in the same class against horses have been going round for a while. RP $2.00, $2.20 FF

4.Fiddyadortnight  on debut looked really good powering home out wide at Whanganui behind Nubian Smile. He has a terrific stride on him and ran third at a recent Levin Jumpout. Ig Ashvin, with his 2kgs off, can land him midfield or better, this half sister to the handy Rockoneve, looks set to get over these late with a clear run. he opened at silly money of $18 and has been smacked into $8.50 which is still value. RP $6, $8.50 Ff

12.Far Site 1st $14  ran on well fresh up in the 2nd fastest L200m here. The step to 1300m works well as does the blinkers going on and the ear covers coming off. Gets 2kgs off and trialed very well before that fresh up run finishing 2nd full of running.

1.Rufus Ruffcut is third up and drops back from harder races. Dead track suits as well plus the early money came for him with 3kgs off.

4.Kahu Rock  fought well for third here last start and back to 1300m from an inside draw could get a nice suck along and with a strong rider on, get up. 4-2-2- here.

9.On Show  fresh up but goes well that way and drawn to get a good run.

13.Play The Field very good third three starts back and if she repeats that with 3kgs off, could upset.

8.Golden Eagle 2nd  looked good leading all the way in her trail from the inside- the 2nd horse Tellall, ran a good second to the smart Eva James at Avondale before that. Nice action and set to fire on debut. Out of 6 win mare Sea Eagle.

2.Lord Esperanza  won his trial under a grip and will be set to win on debut from the top Chrissy Brambry stable with 3kgs off being a plus too.

1.Bradman  in his trial drew the inside, led and was under a ride to extend it and won well in the fastest of the 16 heats. Drawn out but Danielle will do her best to negate that. He’s a half brother to the very good Tofane – a top sprinter in Australia.

12.Sasha  ran a very good second to Bradman in that trial closing off nicely after being 3 wide in the open. Nice galloper.

3.Lucky Viking  did close off very strongly late on debut running the fastest L200 of the race. Up to 1400m suits and is a strong good looking galloper and gets 3kgs off again. RP $4

1.Cross Roads closed off strongly for 2nd here last start and Danielle Johnson jumps on third up and fitter.

11.Rose Of Delgatie ran a top 2nd on debut behind the smart Rangitata. Trialed up well and drawn nicely.

5.Levon  looks a nice galloper and is peaking fourth up over a distance of 1600m which he should relish based on his last two runs where he rated 94 and 95 in the Formpro ratings he can win a maiden at least. RP $4.50

1.Eddie’s Dream  two solid thirds and peaking fourth up now too with a 4kg allowance this time.

10.Canucia  looks to have ability. Drawn 1 with Danielle up.