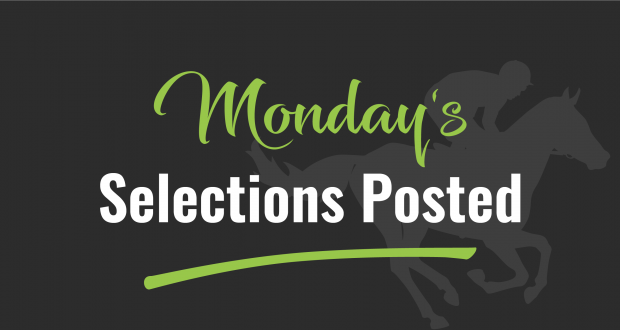 Posted by: Neil Davis in Results, Selections October 26, 2020 Comments Off on Monday preview below 456 Views

They had 38mm of rain last night so it went from a Dead 4 to a Slow 9. A fine day is forecast.

But there are some nice races. Asathought  does look the best bet all day. She is going to win more races and just bad luck coming from the back can beat her. Flying Sardine  has been and EFTPOS machine for many in her last three wins, and it is hard to knock her in this race. Ayappan  looks ideally placed against those horses to get her maiden win.

Lay of the Day ( Favoured runner to get beaten. )

3.Ayappan ran a good 3rd and 4th on slow and heavy tracks in the Winter then battled on Dead tracks against better maidens. Back on a Slow9 track against a weaker opposition means she does get her chance to win. He ran 4th to Red Chois and Ihu at Te Aroha last Winter on heavy tracks and they have now won 4 races each. Drawn to get every chance. RP $4, $5.50

6.Show Park looked very good winning last year on a heavy 11 track in a good speed rating. Bled two starts later. No show fresh up but Steve Tyler has the blinkers going on so that could sharpen her up.

6.Easy Habit  seems to be best when on the fresh side and he was travelling like a winner well out here last start over 1200m on a heavy track and the second horse, Never Quitz, won well next up. There looks to be plenty of pace in this so with 2 from 2 on this course, he does look well placed to step up to 1400m successfully. RP $5, $6 FF

7.Zelenski couldn’t have at $2.80 on a Slow 9 track. His best form is on a Dead or better one and his action suggests he needs that to back with confidence.

Race 5 First leg of the quaddie.

10.The Good Shepherd  was just beaten here by Chokito who had won three races with daylight to third. That was over 760m but the 1200m looks ok as he was coming hard late from the trail in that race. RP $4.50, $6 FF

6.It’s Gucci  rated strongly  when 2nd on a heavy 10 at Riccarton in July. Freshened up and from a strong stable with 1kg off.

5.Faiway Flight  Has run some strong placings and fresh up on a slow track looks ideal from the good draw.

2.Soviet Wonder  has shown enough to win a maiden. Freshened up and from the draw, should get his chance. Ideal wet track action.

4.Fastellie  rates on top here on a sklow track after some strong efforts in the North and a game second here on a heavy 11 over 760m in July. Slow start cost her fresh up. Drawn better and has a couple of nice gear changes to get the best out of her this time. RP $4.00, $4.40 FF

5.Kitty Power  two starts back got in my Blackbook when she got back but ran home strongly for 7th in the best L600 and 200m of the race in an R93 race

2.Beeslaststing racing well and drawn ideally to get all favours.

3.Flying Sardine  just keeps on producing her best. She is a happy mare and just relishes a slow to heavy track. The step to 1600m is no concern as she won the Whyte handicap at Trentham over 1600m on a very heavy track. Gets 4kgs off again which puts her on 53.5kgs so it hard to not feel confident about her winning chances. RP $2.70, $3.60 FF

4.Golden Guru  ran a top 2nd to the Sardine here last start after having the toughest run in the race being wide in the open. Kept fresh again and gets from the good draw, should get a better run.

2.Wild Jack  has won here over 1400m on a heavy track. gets 3kgs off and if the Sardine has an off day, he could well do it.

8.Asathought  is a very good mare who is going to win more races based on the way she won over 1600m fresh up. She settled well after getting to the back of the slowly run race and just rounded them up easily and won easing down beating Young Resolute who won well next up. Then she went to the Riccarton in a harder R74 field than this average lot, got back from a wide draw in the 17 horse field, and did very well to run 7th in the fastest L800 of the race and was finding the line well. The step to a middle distance looks ideal being out of a Zabeel mare. The negatives are the big field and she will get back, but the speed map shows an even tempo which should be all she needs for Corey Campbell to get cracking 600m out onto the back of something and with her big strong strides, be able to nail these comfortably. RP $2.20, $2.40FF