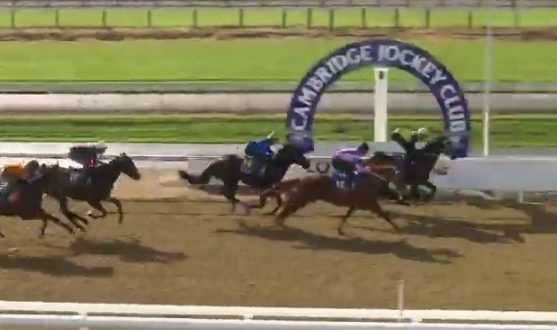 Posted by: Neil Davis in Results, Selections June 16, 2021 Comments Off on Wednesday preview below 16 June 145 Views

Last week we had a good run of collects. Some nice returns on multis and a few made a bundle off value bet of the day at Te Rapa, The Bounder, at around $7.50. I’m doing my best to avoid races that favour the bookies, but am aware that some subscribers, especially on a Saturday, just want to see my thoughts on most races. I got an earful from one subscriber for not previewing Trentham, and it was probably justified if you wanted to have a few bets there for an interest. But the view I take is, after years of experience of backing many losers, is that there are plenty of other options besides trying to make money off a very heavy track where it is very hard to have much confidence in any race. As it turned out, we would have done quite well, but we could just have easily lost our hard earned. So if horses win in those track conditions, that I did like, it just doesn’t worry me as I know long term, you do much better on the punt avoiding them. Some say they do ok on them, and good luck to them because you need plenty of doses of that even on better tracks!

It is the same at Cambridge today. The bookies have been cleaning up in most races there so far. It is not a track you can punt on with strong confidence, just yet anyway. Experienced riders like Craig Grylls and Lynsey Satherley lead the way with 5 wins each on the track. maybe that is a sign that it takes a good judge of tempo and knowing your horse, that is making a difference. But it will take a lot more meetings before we can assume anything like that.

Below are two nicely placed runners that should get the right runs and well placed to win or go close to it. I’ll post an update by 10.30 a.m. with any Head to Heads or other bets.

2.One Power  looked good winning his last trial here bouncing to the lead and scampered away to win impressively in the fastest of the ten heats. Top trainers and drawn to land in the lead or 2nd outer. With the favourite likely to snag from that draw with good speed inside her, as she did in the trial, she may end up in an awkward spot off the pace and on debut on this track, that could be too much to overcome, despite looking very good winning her trial. RP $3.40, $4FF

The speed map shows early speed inside and out and an even tempo suiting all runners.

2.Our Craftsman Rates clearly on top here after a close second in a strong R74 race at Ellerslie last start. After getting back he improved wide and led 200m out, was headed but came back on the line to push the winner close. He has won on a Dead track in good time, and also won a hurdles trial on this track recently. Gets 2kgs off and is only 2.5kgs above the minimum, so looks well placed against a field of mostly unfit and out of form runners. RP $3.80, $5

10.Sacred Delight  beat Tarwyn here in a 3 horse trial after he won well here. Gets in on a light weight but just hasn’t produced on race day for her last 10 starts.

1.Into The Deep ran on ok last start but came to the end of it 100 metres out over the 1600m. This is his first go over a middle distance and gives 2kgs to an in form and race fit Our Craftsman.